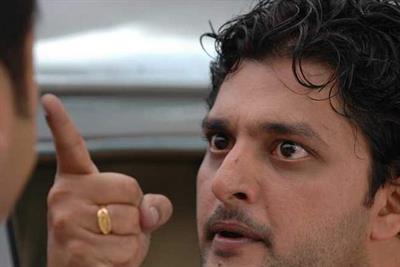 Madhu Warrier, the brother of actress Manju Warrier after trying his luck in acting has shifted his focus to production which proved to succeed with Mayamohini. Now the actor is making his directorial debut with 'Room Service' which tells the tale of a group of friends which is set on the backdrops of the hospitality industry.

The movie pools into the life of people working in a five star hotel. P Sukumar and Madhu Wariar will be producing the movie 'Room Service' under the banner, Colour Factory.

Madhu who had worked in a hotel before his entry into the tinsel town wants to show the world life beyond the aristocratic interiors of a hotel. Godwin martin, a close friend and classmate of Madhu has scripted for him. As the scripting has completed Madhu hopes to announce the final cast in few weeks time.

Movie enthusiasts would get a unique chance to have a tour through the hospitality industry. It pools into the lives of a young group working with a five star hotel. The movie focuses on the people, their life, happiness and problems and how they react to it.

Creamed with humour, 'Room Service' revolves around the present young generation adding all freshness. Madhu Warrier believes that the movie added with novelty and uniqueness in treatment just like the new generation malayalam movies.

Madhu Warrier who debuted with Wanted in 2004 had been a part of a number of good projects. He had lent his face in Nerariyan CBI, Bharathchandran I.P.S., Ravanan, Hallo, The Speed Track, Twenty:20, Veruthe Oru Bharya, Swa Le and Maya Mohini.

'Room Service' will have a young cast who would be getting a chance to bring out their performance on silver screen.