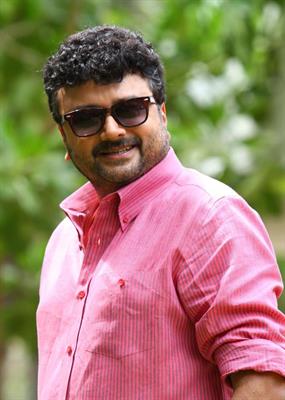 Jayaram's Madrasi was not an entertainer which got less cheer up from the young movie lovers. Dipu Anthikkad proved to be his lucky charm delivering 'Lucky Star' which was much enough to pull family audience to the theatres. With his career graph growing high with the movie, the actor was offers with a handful of projects.

After the recent release Bharya Athra Pora, Jayaram would be engaged with few good ventures while he could do the best out of it. Ginger directed by Shaji Kailas is under pre production where Jayaram is paired with Mallika. Yet another movie is the pipe line of Joshiy's Kashmir. Adding more excitement to it, Shaji N Karun will be joining with Jayaram for Swapaanam, an extra ordinary movie which tells the tale of a chenda artiste.

But the producers do keep an eye on the actor who is much popular among the family viewers. Yet another movie, directed by Joshiy titled 'Third Avenue Panampally Nagar' which feature Jayaram in lead is under making. Scripted by A E Harikumar and Kaloor Dennis the movie revolves around a Dubai NRI return who comes and settles in Kochi.

During his stay, he gets in company with four youngsters. Later all the five get involved in a criminal case which takes the movie to the next phase. The script work of Third Avenue Panampally Nagar is currently progressing in Ernakulam. The shooting of the movie would start in July. It would also mark the comeback film for Kaloor Dennis. After staying behind as the script writer for No.20 Madras Mail and Kallan Kappalil, A E Harikumar will join Kaloor Dennis for this movie which would be a clean entertainer.

Joshiy and Kaloor Dennis had worked together for 14 movies including January Oru Orma with Mohanlal in lead. Kaloor is planning to have a script for Jayaraj which tells the story of five youngsters closely related to a music band.