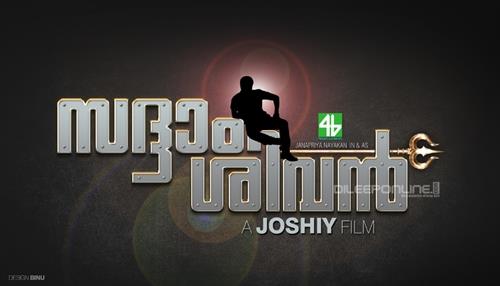 Joshiy, the hit maker is talented person who has a magical skill to turn each movie run success at the box office. Starting his directorial debut with Tiger Salim, Joshiy had done a number of movies which made him one of the top directors in Kerala.

Being credited with a number of hits, Joshiy is gearing up to add a feather to his cap, this time joining with Janapriya Nayakan Dileep.

Joshiy-Dileep duo after the grand success of 'Run Way' and 'Lion' is uniting for 'Saddam Sivan' the new movie which will be produced by Sibi K Thomas, Udaya Krishna, Vyasan Edavankadu and Dileep Kunnath under the banner of four B productions.

Vyasan Edavanakadu who had been the scribe for 'The Metro' will be handle the story, screenplay and dialogue of the movie. The renovation of a peasant Sadhu Saivan to Saddam Sivan is the core theme of the movie. It's the story about the life of a young man which is being portrayed by Dileep.

While considering the works of the director and the actor, this movie too could thrill the audiance. Coupled with action and social issues, 'Saddam Saivan' can this movie would be complete entertainer.

After the blockbuster Run Babby Run and Lokpal, Joshiy has announced two more projects 'Kashmir' with Jayaram and an untitled one with Mohanlal scripted by Suresh Nair. On the other side Dileep too is quite busy with a number of ventures to be completed in 2013.

'Manthrika Thakkol 3D', 'Sathya Sai' and few other works are on the way for the young actor. The shooting of the movie is expected to start from August.