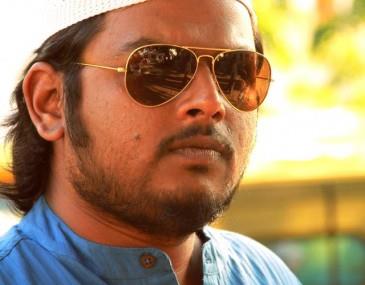 Mridul Nair would be much known as actor who wishes to add more feathers to his glittering cap which is already adorned with diamonds of appreciation.

After wearing the cap of an assistant director, the young artiste is gearing to make his directorial debut with 'Gang Bang'.

Known as an actor who had sizzled in movies like 'Beautiful,'Netholi Oru Cheriya Meenalla', 'Trivandrum Lodge' and 'Kili Poyi', Mridual is gearing up to make his presence alive through V K Prakash's Thank You.

Mridual who had worked with VKP was the assistant and executive producer of Poppins and Natholi Oru Cheriya Meenalla.

Mridual landed in the industry to become a director while his acting has been applauded. Mridual Nair will be seen in 'Thank You' as a Gopan, an auto driver who is an introvert, but enjoys life to an extent. He was happy to work with Jayasurya. He will also be credited as the Associate Director of the movie.

From the words of the actor, he would be active in the field as actor, director, scriptwriter and few others connected with the film industry.

Mridul is lucky enough to work with VKP for his movies like 'Netholi Oru Cheriya Meenalla', 'Trivandrum Lodge' and 'Poppins'. Starting his acting debut was in 'Beautiful' as a drummer. Even though the character was not much noteworthy, it was the real stepping stone for Mridual.

Mridul Nair will join the league of young actors who have already entered the hearts of movie lovers with their own acting skill. Flovoured with multitask ability Mridul has the talents to keep his head high while moving to new ventures.

Gang Bang scripted and directed by Mridual Nair will go on floor in June.