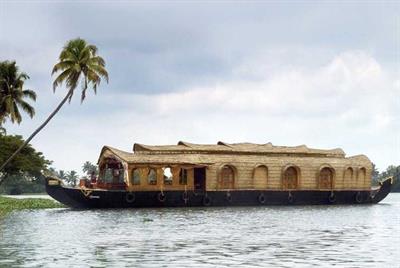 Fahadh Fasil who rose to fame after his new avatar is one of the most wanted young actor in malayalam film industry. Making his on screen presence as a child artist through Pappayude Swantham Appoos in 1992, the actor was introduced through 'Kaiyethum Doorath' by his father Fazil.

But as the movie was a disaster at the box office, while the actor confessed that the failure was due to his mistake as he came into acting without any preparation. Return to the big screen was a turning point as Fahadh made his consistent presence in malayalam cinema.

22 Female Kottayam directed by Ashiq Abu was a stepping stone for Fahadh who later had to shuttle from location to location due to his tight schedule. Rima Kallingal who paired with Fahadh Fazil in the movie received a number of awards including Kerala state film award For Best Actress and Vanitha Film Award for Best Actress in 2012.

Heard from the grapevine, the lucky pair is back with debutant Sooraj's 'House Boa't. The movie revolves around the life of people who travels in a house boat. Badrinath who starred in Cinema Company will don an important role in 'House Boat'.

With the script works reaching its final stage, the shooting is expected to start soon. The 1970 movie 'Triveni' which starred Prem Nazir, Adoor Bhasi, Sharada and Thikkurisi also featured around the life of people who lives in a house boat. Fahadh Faasil who is acting in Shyamaprasad's 'Artist' will be seen in Sathyan Anthikad's Untitled Project, North 24 Kaatham and Gautham Menon's untitled film. His 'Oilpporu' would reach theatres soon.

Rima Kallingal is now busy with the shooting of Zachariayde Garbhinikal. Escape from Uganda, Starring Paurnami and Leela – The Never ending Play. She has done a prominent role in Anchu Sundarikal is being slated to release on 14th June.