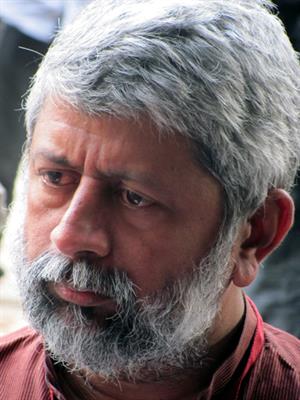 T.K. Rajeev Kumar, the ace film maker in the industry is gearing up to take up his next venture titled 'Let There Be Light'. The movie which is currently under pre production stage is scripted by Sunny Joseph, Manuel George and Indugopan.

The title "Let There Be Light" reverberate the Biblical Genesis of the universe. "And God said, Let there be light: and there was light", says the Bible. His previous flick 'Up & Down: Mukalil Oralund' was set on the backdrops of a lift. Rajeev who is known for his simplicity in showcasing exceptional storylines, do keep a lot of expectations with his upcoming project.

T.K. Rajeev Kumar, the National Award winning director who started his film career as an assistant director with the Navodaya Production Company for the movie 'My Dear Kuttichathan' at the age of 21. His directorial debut 'Chanakyan' featuring Kamal Hassan, Urmila Matondkar, Jayaram and Sitara was much enough to show the entry of a brilliant film maker who won the Kerala Film Critics Award & the Filmfare Award for the Best Director.

Having a long filmy career of 31 years, Rajeev Kumar has also lent his support behind the screen for short films and stage shows. The 1999 film Jalamarmaram featuring V C Harris, P Balachandran, Aswin Thampi and Joby won a number of awards including National Award for Best feature film on Environment, Kerala State award for second best feature film in 2000.

Another notable movie from the hands of Rajeev Kumar was Shesham with Jayaram, Biju Menon, Murali and Geethu Mohandas donning important roles. This movie got appreciations and also won Kerala State Award 2002 for Best Feature Film, Editing, Sound Recording, Best Story and Special Jury Award for the actor in the lead role.