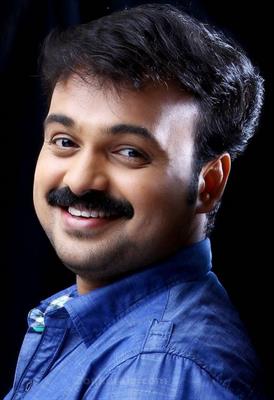 Kunchacko Boban is having a good time with a number of projects in kitty. The young stylish actor after being credited with few hits in 2011 and 2012 is gearing up to bring success in the current year too. After the box office hit Romans and average success 3 Dots, Kunchacko is looking forward for the release of Katha Veedu and Pullipulikalum Aattinkuttiyum.

Now it is known that he has been casted as lead in Lijin Jose's directorial venture 'Law Point'. The actor would be featured in the role of a Lawyer in the movie which will also have Prathap Pothen, Balachandra Menon, Nedumudi Venu, K P S C Lalitha, and Shari donning prominent roles. The screenplay of the movie is safe in the hands of Devdas while the tunes are set by Gopi Sunder. The cinematography of 'Law Point' will be handled by Neel.

Lijin who stepped into the malayalam movie industry as assistant director worked with a number of directors before undertaking an independent project. After lending his support for Seetha Kalyanam, Winter, Chacko Randaman The Journey, Yanam and Ivar, Lijin shouldered his first venture 'Friday' which was noticed at the box office. During the while the young director has also announced another project titled 'Monkeys' with Sunny Wayne, Mythili, Sidharth and Manu in lead.

Kunchacko Boban who has already completed 50 movies in his 15 long years of filmy career would join the sets of 'Motor Cycle Diaries' after the completion of Pullipulikalum Aattinkuttiyum. The movie stars Kunchako Boban, Nivin Pauly and Bollywood actor Vishaka Singh.

Music director Shaan Rahman will make a debut in the movie while Shine Tom Chacko will also play a part in Motorcycle Diaries. Kunchako who had earlier been casted in 'How Old Are You' helmed by Rosshan Andrews is reported to be missing it due to the long schedule of Motorcycle Diaries, a road movie.