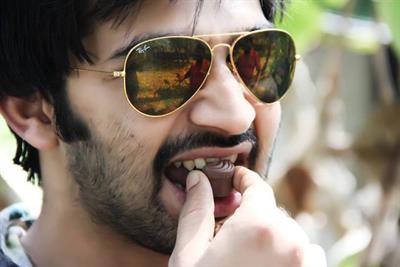 Pushpaka Vimana, released in 1987 creamed with black comedy was an experimental movie which received well reception from the box office. This silent movie written and directed by Singeetham Srinivasa Rao was declared a box office.

The movie even won the 1987 National film award for best popular film providing wholesome entertainment. Now a malayalam movie is under preparation which comes under the genre, silent film.

Titled 'One Day Jokes', the movie is written and directed by Santhosh G. Giving much importance to humour, the movie which carries a novel theme is presented in a unique way. The story which happens inside a house tells reflects the life of Malayalees who lead sumptuous and extravagant life.

The consequence which they have to face later in life is being reproduced in a funny manner. The cast of 'One Day Jokes' include Sreejith Vijay, Jagadish, Anoop Chandran, Rachana, and Rupasri. Produced by G Unnikrishnan under the banner of Mullasseril G and S Productions, the movie has started rolling in Kayamkulam.

Young actor Sreejith Vijay who debuted with Fazil's Living Together is too lucky to be a part of few projects which was much enough to show his talents. T. K Rajeeb Kumar's Rathinirvedam was a breakthrough in his acting career who was later showered with too many offers.

After movies like Ennennum Ormakkai, Maad Dad, Yathrakkoduvil, Good Idea and Money Back Policy, Sreejith is looking forward for the release of Chrurukkanum Pennum, Good Bad & Ugly, and Bundy Chor.

Sreejith who has also made his kollywood debut with 'Oduthalam' movie directed by Dineshan is expecting to get innovative projects which could prove him as an established actor. He would also be doing a prominent role in 'Baba Sathya Sai Kodi' directed by Kodi Ramakrishna. He will be giving life to the younger days (below the age 25) of Sree Sathya Sai baba.