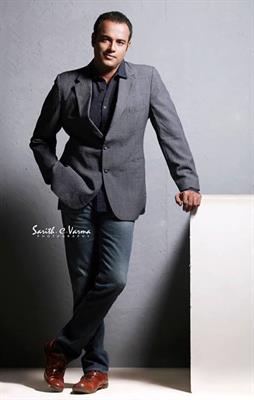 While his third venture 'Left Right Left' is making young filmmaker is busy with the preproduction works of his next movie. As in previous three movies, the dream pair of Arun Kumar and Murali Gopi will continue their filmy journey together with their latest project titled 'Mysore'.

Much interestingly, young hearthorb Fahadh Faasil who has already become a busy bee is casted in the movie in lead along with Murali Gopi. The shooting of 'Mysore' is expected to start in September. In between the time, Arun Kumar and Murali Gopi would be producting the movie titled 'Vedivazhipaadu' under Arun's production house which would start rolling soon. Indrajith will play the lead role while Murali will also be donning an important role.

Arun Kumar who owns the credit of having 11 years of experience as a film editor has truly changed the way of film making in malayalam. As a director his debutant venture Cocktail and Ee Adutha Kaalathu got well reception at the box office and also much praise from the audience.

Murali Gopi, the son of legendary actor Bharat Gopi is a multitalented person well known as a screenwriter, actor, author, singer and journalist.

As a scriptwriter, Murali has a skill to use innovative method in weaving different situations to form a brilliant story. This was fairly used in Ee Adutha Kaalathu and Left Right Left. In 2014 he will be joining hands with Rajesh Pillai for 'Lucifer' starring Mohanlal in lead.

For actor Fahadh Faasil, 2013 is a busy year with a number of movies in kitty. The actor who is shuttling from location to location will be seen in Olipporu, Artist, North 24 Kaatham, Sathyan Anthikad's Untitled Project, Gautham Menon's untitled movie, Lijo Palliserry's Nayvetta and few others.

He was too lucky to be a part of hit movies like 22 Female Kottayam, Diamond Necklace, Annayum Rasoolum, Amen and Immanuel. With Arun Kumar Aravind, Fahadh Fasil and Murali Gopi joining the party, 'Mysore' will be a colourful entertainer which would have much to cheer.