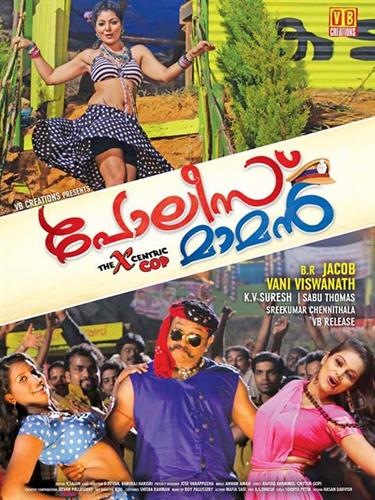 Baburaj, the villain turned comedian who has proved his mettle donning humourous character with Salt N' Pepper is gearing up entertain the audience with his upcoming flick titled 'Police Maman'. Baburaj is thrilled to do the lead character, a police inspector who adds more fun to his life.

The story of the movie revolves around a family that lives near Tamil Nadu border. Baburaj plays the role of DYSP Shankaranunni who doesn't wish to work and is happy sitting idle. Radha Varma, who made her debuted with Crazy Gopalan will play Baburaj's wife in Police Maman.

The movie zooms into an event with five college students taking part in a reality show conducted by a channel. Leaving no clues, one among them was murdered. As a part of the investigation, the police took the other four students and tagged them as the offenders. DYSP Sankaranunni(Babu Raj) who was appointed as the investigative officer of the murder was a person with no ethics.

Considering his previous experience, Sankaranunni proved to be a person who is not capable of finding out the culprits. He who got suspension for his incapability welcomes it as reward for him. As he is having passion in farming, during the time of suspension, he goes to Valappara along with his wife Sunu Antony (Radha Varma). The order to investigate the case of college students came at the time while Shankunni was enjoying his family life at its best. As the college students were his pals, Shankunni questioned many others to get rid of the offence on them.

Rest of the movie takes a different path creamed with suspense and thrills. It visualizes the incidents which Sankunni had to face while during the investigation. Touted as a comic thriller, the makers have tried their best to keep the audience intact. For the lyrics of Rafeeq Ahammed and Chittor Gopi, Anwar Aman has set the tunes.