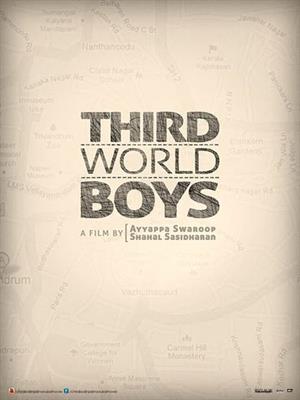 Young generation malayalam film makers are in a hurry to show their directorial talents on the silver screen. With the malayalam film industry opening doors for passionate film makers, more and more youngsters are on a high mood ready to give up their best.

Advancement in technology and competition among channels to acquire satellite rights have created wider space for those who wish to stick on in the film industry.

Making use of the ample opportunity a handful of movies are under making helmed by young dreamers. 'Third World Boys' shot exclusively at Kochi and Wagamon is a road movie directed by debutants Ayyappa Swaroop and Shahaladharan Sashidhar. Sreenath Bhasi, Balu Varghese, Soubin Shahir, Shine Tom Chacko, Willson Joseph, Sudhi Koppa and Premjith will give life to prominent characters in the movie.

Much interestingly, there will not be any heroines in the movie other than those women who come on the screen as the mother's and sisters of the lead actors. The movies pools into an exciting expedition of seven friends who goes for a weekend trip to high range from Kochi. Scripted by Ayyappa Swaroop and Shahaladharan Sashidhar, the movie will be blessed with the music set by French Musician Thomas Simoes.

To give the real spirit, Sync Sound is being used. Sunoj Velayudhan V would lend his experienced hands to zoom the camera to shoot the beautiful scenes. Made with a budget of 1.5 Crore, after the final cut, 'Third World Boys' will reach theatres in the last week of November. If you wish to be a part of the royal ride, do wait for a couple of months and enjoy the real taste of excitement.