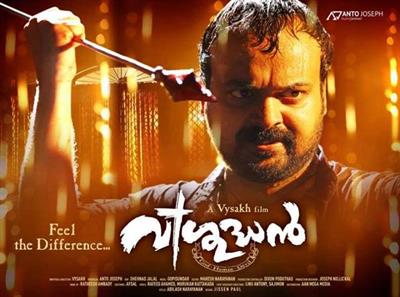 Malayalam film industry is blessed with many young directors who have made their presence alive with their first project onwards. Even though entertainement is the prime objective of every film maker, only very few only could stick to their promise delivering the best to the viewers. Vysakh is one such film director who makes movies much knowing the taste of malayalam movie lovers.

Vysakh, the superhit film maker who has delivered back to back hits is gearing up to helm his 5th venture joining with Kunchacko Boban. Titled 'Vishudhan', this movie will be made with a different treatment which could keep the audiance intact. He would be playing the key character role of Fr.Sunny in 'Vishudan'.

Kunchacko Boban who had been a part of Vyshakh's previous projects like Seniors and Mallu Singh would be seen in a new avatar, a change over from his recent movies. Scripted by Vysakh himself, 'Vishudhan' would be produced by Anto Joseph under the banner of Anto Joseph Film Company.

Vysakh who had a kick start in the industry crooning Mammootty and Prithviraj with 'Pokkiri Raja' is much responsible for raising the star value of many actors. His next movie 'Seniors' too received well reception at the box office and it turned to be a blockbuster after 'Pokkiri Raja'. Mallu Singh, creamed with thrills and suspense was a complete entertainer which was financially beneficial for its producer.

His summer gift 'Sound Thoma' too was a true surprise which was much enough to entertain the audiance. The shooting of his upcoming movie 'Vishudhan' is ongoing in various locations. Another highlight of the movie would be the mesmerizing tunes set by Gopi Sunder who has already been tight packed with a number of committed projects.

Movies to be released in 2013 which would be having the music magic created by Gopi Sunder are Escape from Uganda, Salala Mobiles, 1 By Two, Polytechnic, Nikkah and Seconds while the 2014 release movies like Koothara, Mr. Fraud, Naku Penta Naku Taka, Red and Law Point are waiting for the master's tunes.