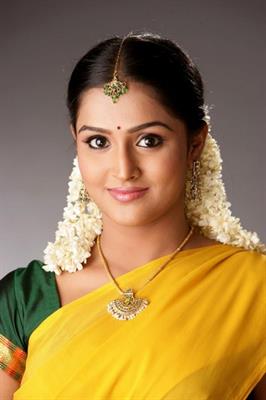 Actor Suresh Gopi is currently on a signing spree after taking a break from Ningalkkum Aakaam Kodeeshwaran, a popular Quiz show which was aired in Asianet. It is reported that the actor has nodded his head to be a part of around 20 plus projects.

After getting featured in Geethanjali and Salaam Kashmir, Suresh Gopi would be seen in a couple of action movies and few other projects coupled with heart touching stories. A long line of directors with interesting stories are waiting for the date of the actor. Anakkattil Chackochi will be Suresh Gopi's another big project which would be start rolling in 2014.

The year 2014 would be much bigger for this malayalam super star who is trying to make his presence alive on the silver screen. Suresh Palanjeri who had previously directed 'Shalabam' is back in business with yet another family oriented subject. Titled 'Alathoorile Itthiri Vettam', the movie will have Remya Nambeeshan donning the role of the lead lady.

Remya Nambeesan who has already made space in the industry with her acting and singing skill is expecting to keep her foot strong with a couple of projects. The actress who has sizzled in a number of movies would be soon seen in Philips and the Monkey Pen, Nadan and Rendavathum Padam. Remya who had already won hearts as a singer would be aiming to increase her fans circle with her upcoming ventures.

Sadhika Venugopal who has done a couple of movies will be seen in an important role in the movie. Alathoorile Itthiri Vettam would be produced by P Rajagopal under Lakshmi and Karthik Productions banner.