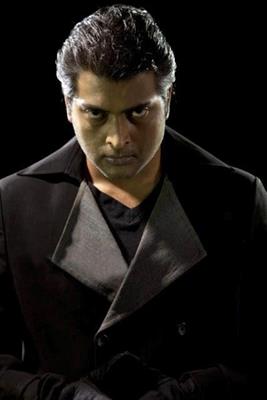 Sunil Kumar better known as Narain has gathered a huge fan followers with his unique acting style and dialogue delivery. The actor who made his screen presence with Adoon Gopalakrishnan's Nizhalkuthu had kept the audience intact with his brilliant performance in 4 the People, Achuvinte Amma and Classmates. After giving life to prominent characters in movies like Ayalum Njaanum Thammil, Grandmaster, Robinhood and Bhagyadevatha, the actor is all set to do an action role in his film institute buddy Salil's directorial debut 'The Gamblers'.

Narain would don the role of Rony, a Kochi-based small time gambler. The story of the movie would revolve around five major characters. 'The Gamblers', touted as a thriller will pool into the life lives, ethics and money related with the gamblers and their activities. The passion and problems involved in the gambling sport while it would show the different and unpredictable side of the hero.

Narain who had been a part of hits like 3 Dots and Kammath And Kammath would be too excited to be a part of this project which is creamed with suspense and thrills. The actor who has already completed working with Red Rain and EMS um Penkuttiyum is expecting to keep his foot strong in the industry with the action thriller 'The Gamblers'.

Narain is too excited to work with his Salil who is a good storyteller, as per the words of the actor. Scripted by Salil himself, the movie has a promising story which would be supported by veteran actor Prathap Pothen donning an important character. After the final casting, the movie is expected to start rolling very soon.