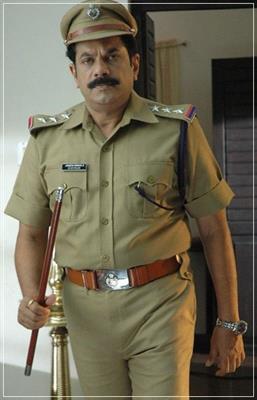 With the number of malayalam movies released in 2013 ready to touch 150, a long line of projects are under production. With 2 more months remaining for the end of a year, more movies would reach theatres, breaking the previous records.

It is much interesting to see youngsters behind and in front of the camera. Many talents much known through short films are on the way gearing up to show their mettle. Adding one more to the number will be debutant A Raju Ambaran's 'Oravasaram'.

Scripted by Dr. Shaji Pallarimangalam, this movie is being produced under the banner Tharam Films. For the lyrics of Kaithapram, M Surendran has scored the music. The camera is being wielded by Bijoy.

Even though the number of movies released in the current year has increased, a less among them could only enthrall the audience. Some of the most anticipated movies coming all the way to entertain the audience are Praiadarshan's 'Geethanjali', Vineeth Sreenivasan's 'Thira', V K Prakash's 'Ithu Veroral', 'Third World Boys', Nivin Pauly's '1983', 'Om Shanthi Osana', Kunchacko Boban's 'Vishudhan', 'Drishyam', 'Balyakala Sakhi', 'Hang Over', 'Samrajyam 2' etc.

The malayalee movie lovers are waiting for a number of movies to be released in 2014, but those which have created a huge buzz for a long period of time. Some among them include Mohanlal's 'Lucifer', 'Mr.Fraud', Mammootty's 'Kunjali Marakkar', Taxi, Kunchacko Boban's 'Law Point', 'Motorcycle Diaries', Suresh Gopi's 'Lelam 2', 'Aanakkattil Chackochi', Jayaram's 'Ulsaha Committee' Asif Ali's 'Driver on Duty', 'Vekkada Vedi', 'Hai I am Tony' and many others.