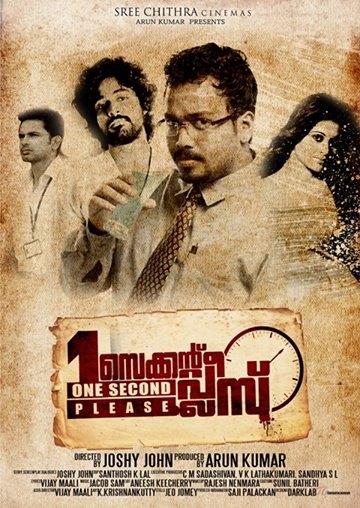 It seems that film makers in malayalam are on a hurry to release their movies before the viewers. There was a time when movie enthusiasts failed to find choices due to the lack of releases in theatres. Now things have changed with the entry of energetic and passionate people both in front and behind the screen. 5-7 releases every week have become possible which would give the movie loves ample choices.

Yet another youngster Joshy John is gearing up to create his own space in the film industry joining with a fresh team. Titled 'One Second Please', the movie will have Bhagath Manuel and Manu in lead. The movie is being produced by Arun Kumar under Sreechithra Cinemas banner.

Scripted by Joshy himself, 'One Second Please' will be blessed with the presence of Santhosh K Lal. For the lyrics of Viyay Malayil, the music is set by Jacob Sam.

Bhagath Manuel who made his acting debut with Vineeth Sreenivasan's 'Malarvadi Arts Club' has been very active in the industry getting his name tagged in a number of movies. He already had done respectable roles in movies like 'Dr.Love', 'Usthad Hotel' and 'Thattathin Marayathu'. Some of his upcoming projects include 'Hang Over', 'One Four Three' and 'Sadharanakaran'.

'Hang Over' pools into the life of four friends who comes from different tiers of society. How they tackle an incident in their lives forms the rest of the story. The pooja of the movie was done recently at a glittering function which was attended by invited guests. The movie is expected to reach theatres during the first quarter of 2014.