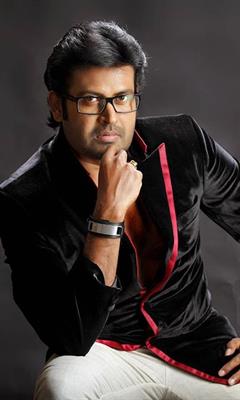 Advocate Sangeeth Louis is yet another film maker who is making his debut in malayalam film industry. The project written and directed by Sangeeth titled 'Kusthrikuttan' is currently progressing in Thiruvanathapuram. The movie will have Manoj K Jayan and Suraj Venjaarumoodu in lead. The movie is being produced by Francis G Fonsek under the banner Chirakkalayil Films.

Much interestingly, popular politicians like Minister K P Mohanan, Manjalauzhi Ali, P C George and Panyan Raveendran will make their big screen presence with this movie. Even being a debutant film maker, Sangeeth would add all flavours to keep the audience intact. The movie will be creamed with fun and suspense to entertain the viewers.

With the number of malayalam movies released in 2013 ready to touch the 150 mark, more projects are under making to entertain the movie enthusiasts. Around 25 movies are gearing up to reach theatres before the end of 2013; many projects are on the process of discussion. There are ample opportunities for youngsters to show their skill in front and behind the screen.

Those who had shown their mettle through short films are gearing up to make their big screen presence. The year 2014 will begin with the release of a couple of big projects.