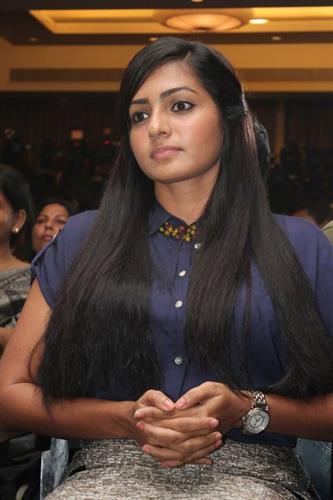 R S Vimal who had won a handful of state awards visualizing the real life story of eternal hero Moideen and his lover Kaanjanamala through the documentary 'Jalam Kondu Murivettal' is yet again gearing up to give a signature touch to his big screen debut. Titled 'Ennu Ninte Moideen', the movie is scripted and directed by R S Vimal with Prithviraj and Parvathy Menon in lead.

Vimal who has made his mettle staying behind the camera directing documentary films has invested five years to study the life of Moideen and Kanjana. The movie will be produced by Suresh Raj and Binoy Shankarath under the banner Newton Movies. The shooting of the movie is expected to start during the second quarter of 2014.

'Jalam Kondu Murivettal' which featured the tragic love story of Moideen and his lover Kaanjana was screened at a number of film festivals and it was much discussed. This thought made Vimal to take a step forward to zoom into the love story as a full length feature film. The story really happened in 1960s at Mukkam in Kozhikode. Moideen and Kaanchana dreamt of uniting broking the barriers of religion.

Kaanchana, aged 74 years, remains unmarried due to the unfortunate death of his lover Moideen. Most tragic incident is that, even though she was virtually imprisoned in the house for over 25 years by her parents, Kaanchana could never meet Moideen, her soul.

Vimal had been on a research discovering more about the couple talking to friends and family of Kanchanamala and Moideen. The lead character Moideen was a footballer, editor of a sports magazine, a photographer, and also a social worker. He tragically died drowning while saving the victims of a boat accident.

Kanchana during her imprisonment attempted to kill herself. She also had given an appeal to Moideen's mother to support her to carry on his legacy. She moved to his house as his widow, even though though unmarried. The movie will be set in the backdrops of 1960's.

Rain and river will play an important part in the story with the shooting is planned to start by the next monsoon at Mukkom in Kozhikode. Prithviraj and Parvathy Menon will appear in the role of Moideen and Kaanchana. Other than the duo, prominent actors would lend their support giving life to other prominent characters in the movie.