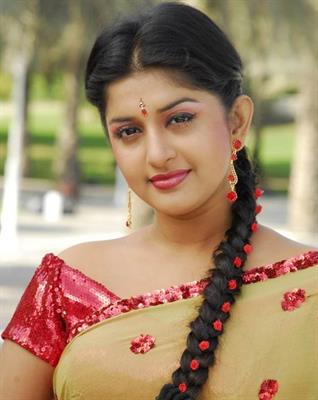 Meera Jasmine who had taken a break from acting is back in business getting tagged in a number of upcoming projects. After lending her face for 'V.K.Prakash directed 'Mazhaneerthullikkal', Shajiyem directed 'Miss Lekha Tharoor Kaanunathhu', and Sugeeth's 'Onunum Mindathe', the actress would don the lead role in Manoj Alunkal's 'Ithinumapuram', which focus ona women-centric theme. The movie will start rolling from 5th December 2013 at Cherthala.

'Ithinumapuram' is being produced under the banner Agna Media. Riyas Khan, Siddique, Lalu Alex and Lakshmi Priya will be seen in prominent characters. 'Ithinumapparam' is scripted by Manoj Alunkal, Bharathan Njarakkal and Srikumar. For the lyrics of Rafeeq Ahmed, the music is being set by Vidyadaran. M J Radhakrishnan will wield the camera.

Scripted by Manoj himself, the story of the movie is set in the 1975 period and later moves to the current period. Meera Jasmine will give life to a very rich Nair women who enjoy all comforts at the cost of her parents. But being a woman with chowa dosham her marriage doesn't take place.

During the time she falls in love with a young man and leaves home with him. The rest of the story pools into the life of the woman with incidents that happen after wards. The ups and downs which occur in her life after her marriage form the rest of the story.

More care is given in selecting the costumes as the story is set in 1975. The costumes will be very different reflecting the various periods. With young film makers entering the industry with innovative and different thoughts, malayalam movie enthusiasts would get enough time to enjoy the visual treat offered by them.

Meanwhile a long line of movies are under preparation, gearing up to entertain the fun loving audience. Other than few big budget projects, movie lovers can enjoy the fragrance and sweetness of new generation movies to be offered by young film makers.