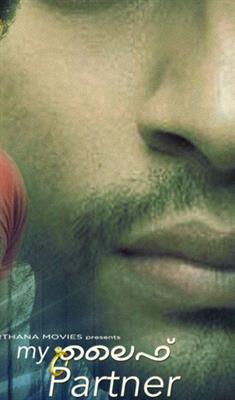 M.B. Padmakumar is known among the small screen viewers as an actor who has created his own space handling a verity of roles. The young man who had been carrying a passion over filmmaking is ready for a new innings. After acting as the villain in the movie 'Nivedyam', Padmakumar is gearing up for his maiden venture which would have a popular faces in lead.

Titled 'My Life Partner', the movie will have Ameer, Sudev and Anusree in lead. This movie will also mark the return of actress Sukanya. 'My Life Partner' zooms into the relationship between two men. Much interestingly, Sudev Nair who has lent his face along with Madhuri Dixit and Juhi Chawla in Gulaab Gang will be seen in a prominent role.

Considering the story, it would be a movie which shares a very relevant social message to the public. 'My Life Partner' is about the rapport of two men with that of a girl. It also shows that a boy and a girl can remain very good friends even living in the same house.

Ameer and Sudev will give life to the two young guys while Anusree's Anusree's character comes to live with them under some strange circumstance.

With lot of divorces happening today, through 'My Life Partner' Padmakumar wish to relieve some facts truly connected with the present society. As parents of the brides are focusing on the bank balances and horoscope of the bridegroom, less importance is given to his personality and traits.

Sudev, a product of Film and Television Institute of India (FTII), Pune is on cloud nine after sharing screen space with Madhuri Dixit and Juhi Chawla in Gulaab Gang. Excited to don the lead role in 'My Life Partner', Sudev is ready to compromise delivering his best to fit his character. Another bollywood movie that is in the offing for the actor is Music Meri Jaan.