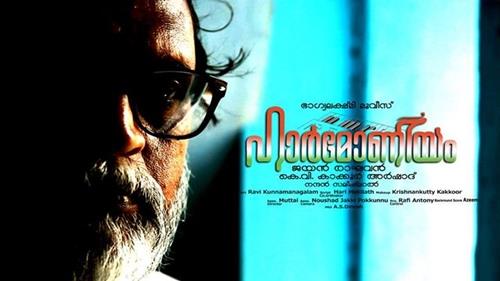 As most of the film makers try to add more commercial elements, a project is under production which carries a social message. The movie titled 'Harmonium', written and directed by Jayan Raghavan will have Arun Raj donning the lead role. The movie is being produced by K V Kakoor under the banner Bhagyalakhmi Movies.

Anirudh, Devika P Nair, Abhrami and a number of artists from the field of drama like T Sudhakaran, Vijayakrishnan, Sreekumar Menon, Murukesh, K G Kutty, Jayanthi Sunanth, Prameela and K B Korayangadu will give life to other prominent characters in the movie. The camera is being handled by Arshad while Sriram and Subhash have rendered their voice for the songs in 'Harmonium'.

The story of the movie is about Chandu, a man who follows the thought of Mahatma Gandhi 'Life is my message'. The struggle that Chandu had to face during his life forms the story of the movie. Arun Raj who is currently studying in 7th standard would give life Chandu.

Nandan Kakkoor has stayed behind setting the tunes for the movie. The shooting of the movie was carried out at various locations set near Kozhikode. After the final cut, the movie will reach theatres very soon.

The movie would also give ample chance to many new faces to show their mettle on silver screen. Being produced under a limited budget, the movie can expected to be a path breaker that gives an insight to the young generation viewers.

With abundant opportunities opened, many passionate young film makers are gearing up to show their talents on and behind the camera. Changing phase of short film crafting makes it clear how youngsters keep their interest close to hearts. Other than a handful of big budget movies, many small budget projects are under discussion aiming to reach theatres in 2014.