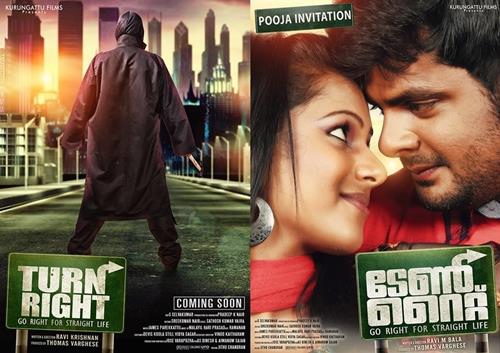 Young actor Maqbool Salmaan is shuttling from location to location trying his best to finish his committed projects. According to available information, the producers have already blocked the dates of the actor till 2015.

Even though a number of young talents have created space in the film industry, Maqbool is one among the few who has proved his mettle on silver screen in less time. Only 2 movies of Maqbool have only reached the theatres, but around 10 movies are under production expecting to get out of the box soon.

Much interestingly, Maqbool has signed yet another movie directed by debutante Ravi M Bala. Titled 'Turn Right', the movie is produced by Thomas Varghese under the banner Kurungattu Films comes along with an interesting tag 'Go right for straight life'.

Devan, Kottayam Nazeer, Narayanankutty, Geethaa Salam, Haneesh Kani, Pradeep Nair Vaidehi, Kaviyoor Ponnamma and Parvathy will give life to other prominent characters in the movie. For the lyrics of Santhosh Kumar Varma, the music is being set by James Pareekkatil.

Talent and time has already been safe for Maqbool who is on the way to stand on the top along with other contemporary actors of Malayalam film industry. Riding high getting tagged under a long line of upcoming ventures, Maqbool would be having a fruitful year with back to back releases in 2014.

With rest of the cast finalized, 'Turn Right' would start rolling from the third week of December. After the final cut, the movie is expected to reach theatres in the first quarter of 2014.