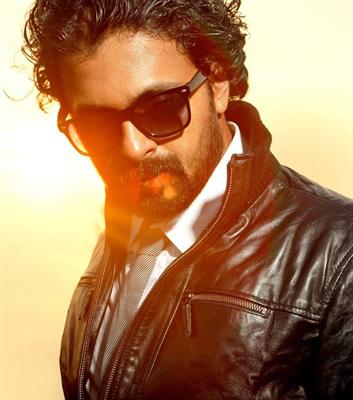 Vineeth Kumar who made his entry into the world of entertainment at a very younger age is gearing up to don the lead role in Anil Kumar's directorial debut. Titled 'Vegam', the movie tells the story of a youngster who run to make money and lead a luxurious life. During his life journey, he realizes some facts which take the story to the next phase.

Scripted by Anil Kumar K G himself, the movie is being produced under the banner of Fx4 movie makers Pvt Ltd. Prathap Pothen, Samskruthy Shenoy, Jacob Gregory, Shammy Thilakan, Jojo, Shany, Sunil Sugatha and Leona will give life to other prominent characters in the movie. The camera of this family thriller will be safe in the hands of Manoj Kumar Kattayi while the music is well set by Govind Menon. 'Vegam' will start rolling on 8th December at Ernakulam.

Vineeth who made his last outing through 'Chapters', has proved his mettle on silver screen giving life to variant characters. As a child artist Vineeth stepped into the industry with 'Dasharatham' and continued his journey till now. Even though he was mostly seen in supportive roles, those were enough to give him a permanent place in the hearts of movie lovers.

Samskruthy Shenoy who is best known for her performance in 'Black Butterfly', has a couple of projects in hands. She will be soon seen in Vi Anand's Telugu movie 'Hrudayam Ekkadunnadi'. Another movie under production is Azad Alavil's 'Nikkah'. The actress who gives much preference to education is investing her time for acting too.

Prathap Pothen who made a second innings in acting with '22 Female Kottayam' is having a handful of movies in kitty. After giving life to Micheal in 'Idukki Gold', the actor will be seen in movies like 'Green Apple', 'Kappa Pappadam', Kala Prabhu's next Tamil movie. More projects are under discussion while the actor is having the best time in his career.