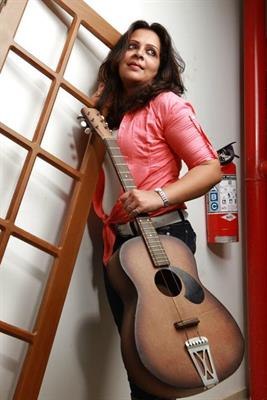 Premchand who has proved his skill behind the camera as an ad film maker is gearing up to make his first feature film. Titled 'Behind the Scenes', the movie will have have Anandu, Prem Kumar and Megha in lead. The cinema within a cinema is set in 1965 period and zooms into three youths who set out to make a film and the crisis they face.

During the time, the three lose touch with each other and meet after 20 years. Much interestingly the three friends come together for a movie which is set amidst at a bucolic condition. Rest of the story takes the movies to next phase which could keep the audience intact. The film maker is looking for a young face to don the heroine in the movie.

Mamukkoya, Kochu Preman, Vijay Menon, Lakshmi Priya and Devi Ajith will give life to other prominent characters in the movie. With locations set at Thiruvananthapuram and Ochira, the movie will start rolling by the first week of December.

Devi Ajith who sizzled in the small screen with her active presence in serials like Nakshtrangal and Mannal Nagram is gearing up to make a comeback on the silver screen. After doing important characters in movies like 'Ivar', 'Seetha Kalyanam', 'Uthara', 'Trivandrum Lodge' and 'Immanuel', the actress is preparing to be a part of 'Behind the scenes' which is packed with an interesting theme.

A long line of movies are currently under production expected to reach theatres in 2014. Along with reputed film makers a handful of youngsters are on the move dreaming to make their space in the industry. Much known is about a handful of big budget projects and a number of new generation movies which are under making while keeping in minds of the movie enthusiasts.

The coming year too will be much exciting for the viewers who would lend their support for those movies which could keep them entertaining.