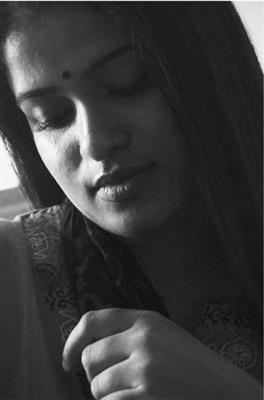 After Anjali Menon, now it is the turn of another young female film maker to make an entry into the tinsel town. Ramya Raj who has worked behind the camera assisting ace director Sibi Malayil is becoming an independent director with 'Vambathi' which stars Fahadh Faasil and Nyla Usha in lead. Inspired from a real life story, 'Vambathi' would be creamed with an interesting love story told in a different way which could keep the audience intact.

The movie will be produced by S George under the banner Sinsil Celluloid. With the conformation of the final cast, the movie will start rolling from October 2014. Prasanth Narayanan will also be seen in an important role in this movie. Young cinematographer Shyju Khalid will wield the camera while Bijibal will compose the music for this movie.

The art works for the movie will be handled by Prasanth Madhav whole Alex E Kurian would shell his part as the production controller. Much interestingly, Shajith Koiyeri who had worked for bollywood movies like Omkara, Kamene and Burfi will lend his support as the sound designer.

Fahadh Faasil who had made a great comeback a couple of years ago has gone a long way becoming one of the most wanted young actor in malayalam. The actor has already committed a huge number of projects with more interesting ones coming on his way. Fahadh has already completed his part in movies like 1 by Two, Banglore Days and God's Own Country.

Some of his committed projects include Amal Neerad's 'Iyobinte Pusthakam', Saheed Arafath's 'Cartoon', Antichirst to be directed by Lijo Jose Pellissery, Shivaganga Cinema Factory and Money Rathnam. Meanwhile Fahadh would turn producer with 'Iyobinte Pusthakam'. Fahadh who has won a number of awards including the Kerala State Film Award, Asianet Award, Filmfare Award, Asiavision and Vanitha Film Award is looking forward for his upcoming projects and characters which would mesmerize the audience.