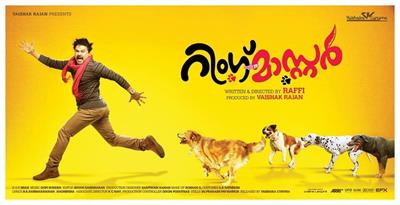 Dileep, a blesses personality who succeeded in creating his own space in the malayalam film industry and also winning the hearts of movie lovers is all set to bring back his golden days. The actor who is much favourite among kids and family viewers has proved his talent through his movies. Dileep has already committed a number of movies which comes along with interesting stories. His announced projects in 2014 include Ring Master, Avatharam and couple of untitled ventures with high-flying directors.

Ring Master – Dileep as Do Trainer

Ring Master, written and directed by Rafi will revolve around the life of Prince (Dileep) an animal trainer in circus. Keerthi Suresh and Honey Rose will be seen as the lead ladies while Mohan Jose, Kalabhavan Shajon, Suraj Venjaramoodu, Unda Pakru, Aju Varghese, Suraj Venjaramoodu, Sai Kumar, Kalabhavan Haneef and Saju Kodiyan have also lent their support giving life to other prominent characters. To give full dedication to the character, Dileep has undergone special training under animal experts from various parts of the country. Dileep will be see him performing with 101 dogs. Keethy Suresh who debuted with Geethanjali has essayed the role of a visually challenged girl while Honey Rose also did prominent character named Diana who carried negative shades. The movie is produced by Vaishak Rajan while the music is set by Gopi Sundar. After the final cut, the movie will reach theatres on 11th April 2014. 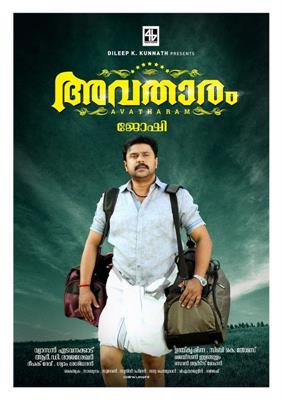 After winding up the works with his previous venture 'Ring Master', Dileep has joined the sets of 'Avathram' helmed by Joshiy. The pooja of the movie was held recently and the shooting of this movie has begun in Paaramada Veedu near Kakkanaadu, Ernakulam. Lakshmi Menon is the lead lady while other prominent actors will give life to other prominent characters. Produced by Sibi K Thomas and Uday Krishna, the movie is having an interesting theme to keep the audience intact. For the lyrics of Rafeeq Ahamed, the background score and music is set by Deepak Dev.

The 2001 movie Ee Parakkum Thalika really changed the fate of Dileep which even broke the records at the box office. The movie which had Dileep and Nithya Das in lead was directed by Thaha and written by VR Gopalakrishnan. Now it is known that Ee Parakkum Thalika is going to have a sequel.

Another committed project of Dileep is with Boban Samuel who debuted in the industry with 'Romans'. Touted to be a commercial entertainer this untitled movie will mainly be shot in locations including North India adding the culture of these places.

Jeethu Joseph who is riding high on the grand success of 'Drishyam' will be teaming up with Janapriyan for the first time. Heard from the grapevine, it would be a cool fantasy movie while a New Zealand based company will produce this untitled one. The shooting of this movie will begin next year and is one of the most awaited projects of Dileep in 2015.

Debutant Sudheesh Shankar has got the dates of Dileep for his maiden venture which will start rolling from 14th May 2014. To be produced by Super Good Films, this movie would reach theatres as an Onam treat. Scripted by Dinesh Pallath, the music for the movie will be safe in the hands of S A Rajkumar. Namitha Pramod has already been confirmed as one of the heroines. Sidhique, Shajon and Seetha would give life to other prominent characters in the movie. With main locations set at Thodupuzha, Alappuzha and Mumbai, this movie would be packed with humour keeping in mind of Dileep's movie fans.