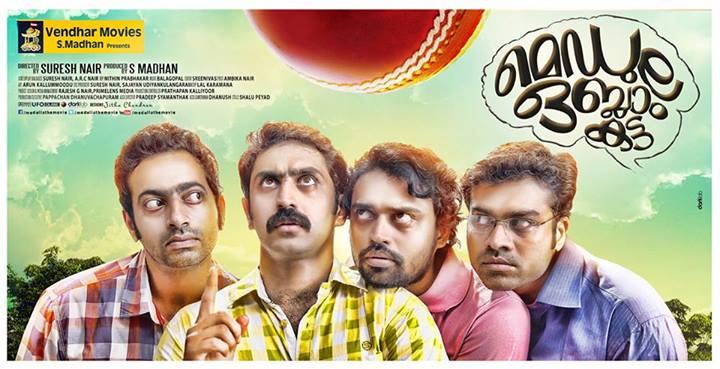 In this contemporary era it's too much exciting to watch the entry of many new comers who could perform well in front and behind the camera. The arrival of low budget movies featuring young actors is well appreciated by the new generation movie lovers. With new waves hitting the malayalam film industry, movies of established actors made with big budget are being overlooked.

Medulla Oblankatta, as titled directed by debutante Suresh Nair will be a complete family humour entertainer. This movie too revolves around friendship and love. Scripted by Anil Raj and Suresh Nair, Medulla Oblankatta will have Rahul Madhav, Saiju Kurup, Arjun Nandhakumar, Rakendu Kumar and Nidhi Patel in lead. Produced by S. Madhavan, the camera for this movie will be safe in the hands of Nidhin Prabhakar. Balagopal has set the tunes for 'Medulla Oblankatta'.

The movie is themed around the life of four true friends - Chandu, Appachen, Sitaramayer and Manikuttan. Nandhu and Appachen works as accountants and in the same company. Manikuttan is their neighbour and Sitaramayyer, their childhood friend. Nandhu, the lead character is in deep love with Nidhi Patel whose family has roots in Gujarat. But they had been living in Kerala for a couple of decades.

While their marriage is fixed, Chandhu faces some problems and gets trapped in it. Rest of the movie takes a new shape which is crafted with humour. Rahul Madhav, Saiju Kurup, Arjun Nandhakumar and Rakendu Kumar give life to the four friends while Aavana plays Nidhi Patel. After the post production, the movie would reach theatres as a visual treat.

Avaana, who hails from Mumbai is the lead heroine. This movie produced by Vendhar Movies. 'Medulla Oblankatta' is the remake of 2012 released tamil movie Naduvula Konjam Pakkatha Kaanom. The movie received positive responses from theatres. Adding extra millage to it, critics tagged it as 'a wholesome entertainer'. So can 'Medulla Oblankatta' follow the path of 'Naduvula Konjam Pakkatha Kaanom'. Let us wait till the release of the movie.