Namitha Pramod who made her entry into the tinsletown with Sathayan Anthikad's 'Puthiya Theerangal' didn't need to wait for more opportunities. Being a talented actress, Namitha was later blessed with projects helmed by established filmmakers. Much interestingly most of them received well reception at the box office. 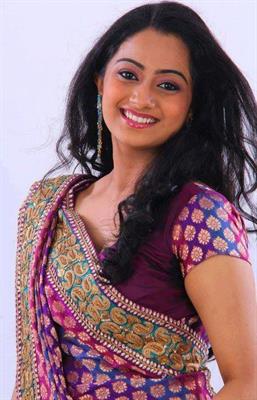 Now the latest news is that, young Namitha has signed yet another movie in which she share screen space with Vineeth Sreenivasan. The movie titled 'Orma Undo Ee Mugham' directed by debutant Anwar Sadiq revolves around the life of two persons who lives in a city. Even though they are soul mates and share their love; they had to face their share of barriers and troubles.

Namitha gives life to a sand artist is this soft entertaining musical love story. Being very excited about her role which comes very rarely, Namitha is waiting to give life to the character. She will be seen in a different avatar as a sand artist while the art is much popular in abroad than in India. To give full perfection to the role, Namitha will be taught the art of working with sand by a foreign sand art specialist.

Like other arts, sand art is the practice of modelling sand into an artistic form into sand painting, sand sculpture and sand bottles using sand and water. Yesteryear actress Lakshmi will also be giving life to a prominent character. Produced by Jaison Elamkulam under R J Creations and Blue Planet banners, the music for the movie is being set by Shan Rehman. Jithu Damodhar will helm the camera. The movie will kick start from 10th August. After the final cut, 'Orma Undo Ee Mugham' would reach theatres on 7th November 2014.

Vineeth Sreenivasan, the multitalented artist who has proved his skill as actor, playback singer, director and screenwriter was last seen as a cameo appearance in 'Om Shati Oshana'. His second directorial venture 'Thattathin Marayathu' was a not only a box office hit, but transformed the lives of many youngsters who worked both in front and behind the screen. Through 'Orma Undo Ee Mugham', Vineeth will make return back in lead role after 'Cycle' and 'Makante Achan'.