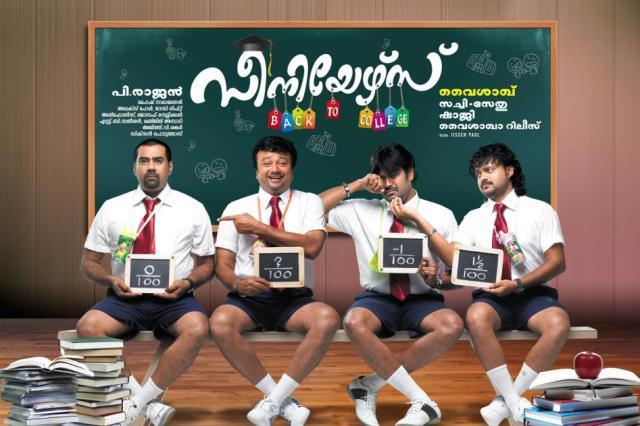 Seniors,new malayalam movie directed by release date is confirmed as the movie staring jayaram,biju menon,Kunchako Boban,Manoj K Jayan,padma priya & rehman. This new malayalam movie is slated to release on may 7,2011. After the mega success of 'Pokkiri Raja',Vyshakh is back with his new flick 'Seniors'. The script of the movie is done by Sachi & Sethu. Much expectations are there in this film as it is a comedy packed film. Jassy Gift Alphonse and Alex paul has given music to this fun filled movie. We will bring out the review of the movie as soon as it releases. The story of the movie revolves around a campus in which four Senior students comes back to campus after 14 years.

The Malayalam movie Vadamalli will be releasing on 10 June 2011. The film is directed by Alberrt Antoni & produced by Sunil Chandrika Nair. This film includes talented newcomers & technicians. Also there are beautiful songs in this film. Visit this article to know more details about Vadamalli.