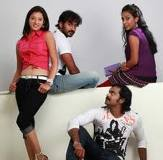 Vadamalli the new Malayalam movie will be releasing on 10 June 2011 in theatres. Alberrt Antoni is the director of this Malayalam film. His debut film Kanne Madanguka had won several awards. The script for this film has been written by Rajesh Varma & Laser Shine, both are journalists. Raja Muhammed, the editor of this film had won a national award for best editor in the Tamil film Paruthiveeran. Shivakumar, the audiographer is already popular through the film Enthiran. Sethu, the sound designer of this film, is also a national award winner( for the film Thiruda Thiruda) & he has also designed the sound for blockbuster movies like Guru & Raavanan. Anal Arasu, the stunt director of this film, was also the stunt director of the films Singam & Naan Mahan Alla. The producer of this film Sunil Chandrika Nair, was also the producer of the famous film Kandahar. There are four newcomers in this film who are playing the lead roles. The newcomers are Rahul Madhav, Richa Panai, Niji Mary & Ramesh. Among these, Richa was the model of Bhima jewelry & is basically from Dehradun. Rahul is a model & earlier he had done two Tamil films. Actually he is from Mangalore.

The story of vadamalli film

The shooting locations of the Malayalam film Vadamalli were Chalakkudy, Thrissur, Kochi, Kuttanadu, Irinjalakkuda, Athirappally & Munnar. This film is a romantic thriller one. The main characters in this film, Sandesh Veerendra, Renuka & Vrinda Nambiar are the students of Beethoven Music College. The name of the drug smuggler in this film is Vasu Damodharan. There is an unexpected twist in this story when Siddharth, who was in US, arrives at the campus. There are a number of talented technicians who worked hard for this film. With the beautiful songs & roles played by the talented newcomers, this film will be a success. This film will be released in 50 plus theatres through Max Laab.

The film Sankaranum Mohananum is directed by T.V.Chandran & produced by Prem Prakash & Raju Malyath. Jayasurya, Rima Kallingal & Meera Nandan are in the lead roles in this film. Here Jayasurya will be appearing in 20 different get ups. This is a comedy-fantasy film & will be releasing on 10 June 2011.