Kerala Assembly election results are almost come, the neck to neck battle is still on between LDF and UDF , UDF have slight edge over the LDF by 5to 6 seats. BJP's hopes are still alive in the state, O.Rajagopla of BJP is leading in Nemam Assembly constituency. Cheif Minister V.S achuthanadan almost won the from Malamphuzha constituency, he is leading by 20000 votes to this rival Lathika subash

Get the live streaming video of Kerala Assembly Election on the official websites of the Major TV channels of the country. Watch live updates of Election results and Lead status of 140 constituencies of Kerala 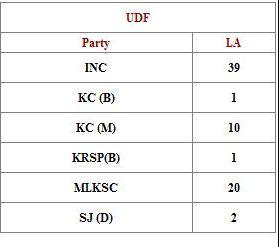 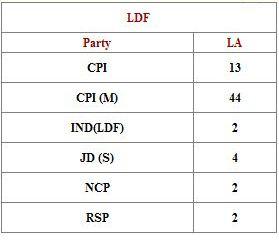