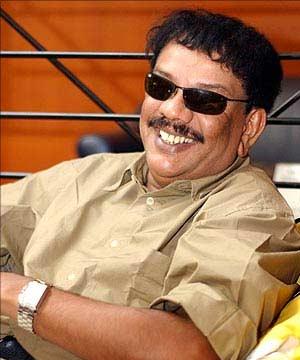 Priyadarshan is a very popular director in both Malayalam film industry as well as Hindi film industry. He hails from Thiruvananthapum district in Kerala. Other than direction, he has also done a lot of work in screenwriting and has produced few films. As a producer, he has only worked in one film called Kakkakuyil which is a Malayalam film released in 2001. He started his career in the film industry in the year 1984 and has directed almost 80 films in Malayalam, Hindi, Tamil and Telugu languages. Priyadarshan's debut film was Poochakkoru Mookkuthi in 1984 with Mohanlal playing the lead role. In the beginning, he used to focus only on doing Malayalam films. But later on, he moved to Hindi also and became a hit director even there. Most of his films fall under the comedy genre though he has also directed few action and thriller movies too. Priyadarshan is one of the few directors who has been able to taste success in both Mollywood as well as Bollywood. He has won a national award in 2009 for his Tamil film Kanchivaram, which is an offbeat film portraying the life of the weavers in Kanchipuram with talented actor Prakash Raj in the lead role. This film also won a lot of praise at many film festivals. 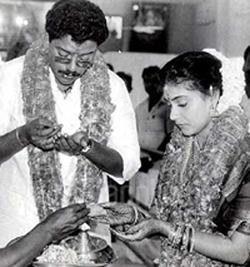 Priyadarshan was born in the district of Thiruvananthapuram in the state of Kerala. He attained his education from Government Model School, Thiruvananthapuram and obtained an M.A degree in psychology from University College, Thiruvananthapuram. Priyadarshan's father, Mr Nair, used to work as a librarian at the University of Kerala. Due to this, he was very much interested in reading books and used to write plays and skits even at a very young age for Akashavani(All India Radio). As a kid, he had nurtured a dream to become a cricketer but a harsh injury to his left eye due to a cricket ball sunk his dreams. During that period itself he was friends with people like Mohanlal, Jagadish and M.G Sreekumar. At the same time that Priyadarshan came into the direction field, Mohanlal was also looking for a chance to get into movies as an actor. They all reached Chennai expecting to get good opportunities in the film industry. At that time Mohanlal began to assist Priyadarshan in his films by helping with writing its scripts. In the end, Priyadarshan came back to Kerala and produced a low budget film (Poochakkoru Mookkuthi) in 1984 with his friends Suresh Kumar and Sanal Kumar. By then Mohanlal had also been accepted in the film industry as a vital actor. Other than this, Priyadarshan and Mohanlal were close friends, so this became another reason for which Mohanlal was cast in his first movie. Poochakkoru Mookkuthi, which was a comedy film, became a blockbuster hit which ran for more than 100 days in the theatres. After this there was no stopping the talented director and he continued delivering hit films one after the other till date. There are very few Malayalam films of Priyadarshan's which haven't been a success at the box office. But ironically, there are very few of his hindi films which have become hits. Many films like Saat Rang Ke Sapne, Doli Sajake Rakhna and Kabhi Na Kabhi were a disaster in the Bollywood box office. His film Kyon Ki, which is a remake of his mega superhit Malayalam film Thalavattam also was not received well by the audience of the north. This proves that a duplicate or a remake can never match the original. Also, it is the magic of Priyadarshan-Mohanlal duo which made most of his earlier movies blockbuster hits. Priyadarshan's first big hit in Hindi films is Virasat which casted popular names such as Anil Kapoor and Tabu. It was this film that gave him a good recognition in Bollywood. 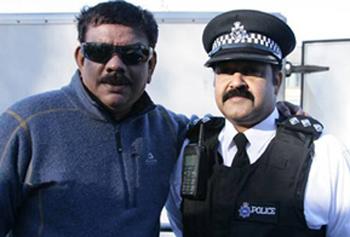 In Malayalam, Priyadarshan has made most of his movies with veteran actor Mohanlal cast as his hero. Whenever the two of them have joined together to make a film, it has also created sparks and come out with flying colours. Some of Priyadarshan's films with Mohanlal include Boeing Boeing, Chithram, Vandanam, Mithunam, Thalavattam, Vellanakalude Nadu, Thenmavin Kombathu, Kalapani and Kilukkam. All these films have been blockbuster hits during its period. Even today, people love to watch these movies repeatedly because they are really entertaining. He has also worked with other famous actor of Mollywood such as Jagathy, Nedumudi Venu, Mukesh, Sreenivasan and many more. In Bollywood, the actors whom he has worked with the most number of times are Akshay Kumar, Sunil Shetty, Paresh Rawal and Akshaye Khanna. His best career span was from 1980 to 1990 when most of his films became super hits. In the Bollywood film industry, he has mainly remade his Malayalam films. He has remade not only his movies but also some other movies directed by different other directors. There is a saying that a remake can never be as good as the original. The same happened with his Hindi films and they were never as popular as the original ones in Malayalam. Priyadarshan has made a multilingual film named as Kala pani which was originally made in Malayalam and later dubbed in Tamil as well as Hindi. The film told an exceptional story of the freedom fighters and how they were treated in the jail at Andaman and Nicobar islands by the British rulers in the olden days. For its outstanding portrayal of the heart-touching story, Kala pani received four National film awards. 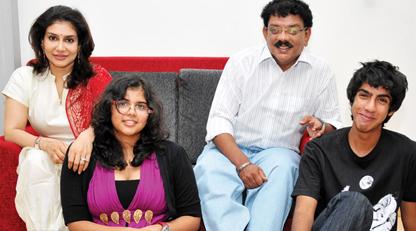 Priyadarshan is married to Lizy, a Malayalam actress who is also known as Lakshmi Priyadarshini. He has also worked with her in many movies. The couple has one daughter named Kalyani and one son named Siddharth. Priyadarshan is one of the first Indian directors to introduce color grading, digital sounds and quality dubbing in the film industry.

Priyadarshan's upcoming films in 2011 are Tezz, Grrr in Hindi and Arabiyum Ottakavum P. Madhavan Nairum in Malayalam. Arabiyum Ottakavum P. Madhavan Nairum will again show Mohanlal playing the main role and the story is about a Malayali expatriate who lives in the Middle East. Tezz is a Hindi action thriller movie and a remake of a hit English action movie of 1994 called Speed. Anil Kapoor, Mohanlal and Ajay Devgan are the main cast. Grrr is an action-horror thriller about a beastly ghost which pounces on its prey amidst the jungle's darkness. Amitabh Bachchan is playing the lead role in Grrr. It will definitely be interesting because it is the first time that Priyadarshan has tried to make a thorough horror movie. 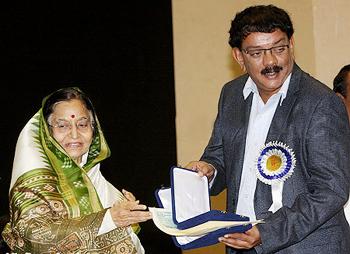 Pridarshan - Mohanlal latest movie finally got a name, director Priyadadarshan announced the tremendous title of his new venture in Malayalam with his buddy and superstar Mohanlal ”Arabiyum, Ottakavum , P.Madhavan Nairum ” the movie is expected to release during July 2011 the shoot is expected begin from march 31 in Abu Dhabi.

Mohan lal and Priyadarsan teamed for the first time for the movie Poochakkoru Mookkuthi in the year 1984,They together have done around 27 movies in Malayalam and 1 in Hindi and 1 in Telugu. The last movie they done together was Kilichundan Mampazham in 2003. The Duo is teaming again for the lasts t movie Arabiyum, Ottakavum , P.Madhavan Nairum which stars in march 2011 and expected to release in July 2011. Arabiyum, Ottakavum , P.Madhavan Nairum is a satirical comedy about Gulf Malyalees

Mohanlal is teaming up Priyadarshan for a comedy satire "Arabiyum Ottakavum P Madhavan Nayarum". For the story/plot , review and cast and crew of the film, read the article.