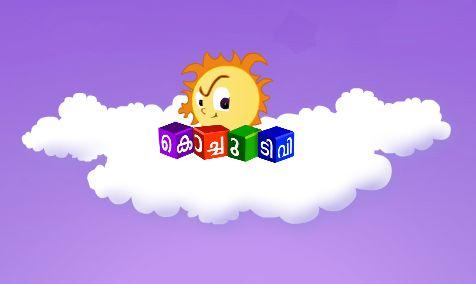 Here is happy news for kids who love to watch cartoon in Malayalam. The much awaited 24 hour cartoon channel in Malayalam 'Kochu TV' will start airing from 16th October 2011. Sun Network being the biggest television network in South India is the front runners with a hand full number of channels which have been accepted by the people. Sun Network has Chutti TV, Kushi TV and Chintu TV kids channels respective in tamil, telugu and Kannada language are now expanding their presence among Malayalam audience with the launch of Kochu TV.
Aiming of kids aged between 2 to 14 years, the channel will telecast a number of entertainment programs which include comedy, action, education, reality shows etc. It is also expected that the channel will also include dubbed version of popular Hollywood flicks.

Already the young generation in Kerala is excited with the announcement of the new channel. This will bring a unique platform for kids to interact through reality shows and other programs. As most of the malayalam channels give preference to programs which satisfy the common interest of the people, less importance is given to programs related to kids. It is because of the theme each channel follows accordingly. For instance, Kiran TV is the channel for the youth. But with the launch of Kochu TV kids will be fully engaged with the programs which include most of the popular kids cartoon and other various local and international contents dubbed in Malayalam.

The channel will also launch the official website of Kochu TV which would make internet surfers to go through the list of programs available for the day. Let us welcome this great movie from the part of Sun Network with the official launch of this channel exclusive for kids.

Kochu T V, A 24 hour Kids channel from Sun Network officially launched today (16/10/2011). This is the first and only Malayalam channels specially dedicated to Kids. The programmes will range from comedy, action, education, reality shows and entertainment. This article gived you the reception details of Kochu t V

Kochu TV Kids channel programme schedule is given here. This article gives you the complete programme schedule telecasted in Kochu T V. Kochu T V made its official launch today (16 Oct 2011). This is the first and only 24 hour Malayalam channel dedicated to kids. The programmes will range from comedy, action, education, reality shows and entertainment.