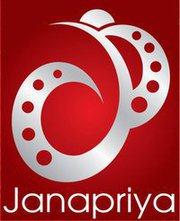 Media which is called as the fourth estate play a prominent role in molding the culture of different generations. We are living in a period where people are too much attracted towards the service rendered by print and visual Medias. Each media strive hard cope up with the varying taste of the viewers. During the last 5 years, there had been a tremendous growth in the number of channels in India. Following the path in Kerala too we have seen number of new channels trying their best to entertain the malayalee audience. With the line up of different channels at the tip of the remote, people have a lot of choice to select channels according to their interest. Already there are more than 1000 channels in various languages, in which around 20 channels are there in Malayalam language.

In 2011 channels like Reporter TV, Mazhavil Manorama, Kochu TV etc were launched. Darshana TV has already started the test run. The year 2012 will see a number of new Malayalam channels bringing more challenge to the existing channels. Madyamam Media One, Kaumadi TV, Mathurbhoomi News, Janapriya TV etc are on now on the making. It is expected that few more channels are on preparation behind the back screen. Janapriya TV is an upcoming Malayalam channel which is expected to launch in the third quarter of 2012.

Janapriya TV Channel visualizes a new frame work of promoting news, art and cultural activities. The channel is a dream venture of K. Muralidharan, one of the most prominent politician in Kerala. The channel aims at building a better bond with the party members and other well wishers prompting the party to boost up their performance in various elections. Initially the channel would focus on News, Current affairs, programs related to education etc.

Information and Entertainment will be given equal importance. This new television channel aims to create its own space among the existing channels. Other than news and current affairs, the channel will focus on quality programs which include education, finance, business etc. During the hourly News, there will be discussion on various social and political matters according to its importance. Special time will be allotted for telecasting documentaries, discussions and other valuable programs.