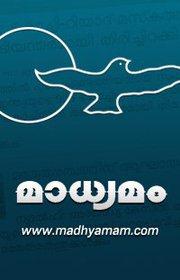 After the coming of Malayala Manorama in visual media, another newspaper is also ready to launch a new channel. It is the one of the biggest printed medias from Kerala "Madhyamam". Madhyamam is entering to visual business in Kerala through their new channel Media One TV. Madhyamam is one of the leading newspaper in Kerala. With the coming of Madhyamam in Television business Malayalees are going to get a new visual treat.

Media One TV will show both entertainment and news programs. So the Madhyamam family is expecting that the Media One TV can satisfy all kinds of viewers. It was expected that Media One TV will start its broadcast on August 15, 2011. But unfortunately Madhyamam team has to extend the launch date of Media One TV to January 2012. The channels main studio will be at Calicut. It will be the second channel after Darshana TV to establish their Main news bureau at Calicut. Mini news studios of the channel will be available in all the major cities of India.

Administrators of Media One TV are Dr.K Yaseen Ashraf as managing director, Dr. Adbulssalam Vaniyambalam as CEO and Babu Baradwaj as programm editor. The official website of Media one TV www.madhyamamtv.com is also under construction. Real One has also started a journalism institute in Calicut. Lets expect a good visual treat from Madhyamam and keep in touch with us to know the latest news of Media One TV like the tuning details of Media One TV, Frequency of Media One TV etc.