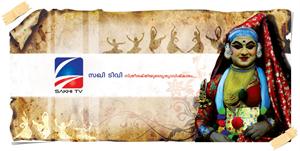 Television channels have become a part of the daily life of people world wide as a day begins and ends before it. TV channels are not just for entertainment or just for passing information, but have created a space in the life of every individual. Each channel has their own individuality which brings people more attracted towards them. While talking about the current Malayalam channels, each function according to a vision. Either a complete news channel or an entertainment channel does try to keep their viewers intact. 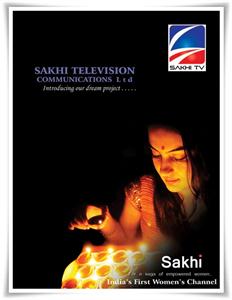 Already there are around 20+ Malayalam channels functioning 24X7. In 2011 we have seen the birth of a handful of Malayalam channels trying their way to give infortainment(Information + Entertainment) to the viewers. In 2012 too malayalees can expect a bunch of malayalam channels which are now doing their groundwork behind the screen. Media One TV, Janapriya TV, Mathurbhoomi TV are just few channels under covers. Adding to it an exclusive Malayalam channel titled 'Sakhi TV' proposed for women empowerment would start functioning towards the end of 2012. 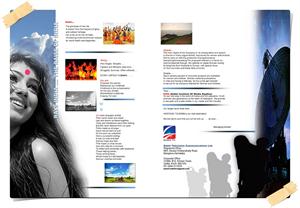 As a first step, the official inauguration of the channel will be held on 8th February 2012 at 5 P.M at Muscat Hotel, Symphony hall, Trivandrum. Hon. Scheduled caste-tribal Minister Miss PK Jayalakshmi would be the chief guest. The official website www.sakhi.tv would be inaugurated by Mr PC George M L A. The logo of the channel will be unveiled by Hon. Forest & Film Industry minister Mr K B Ganesh Kumar. Actor Suresh Gopi, Actress Miss Malavika and many other invited guests would add more colours to the inauguration function.

Josco Indian Voice finalists gearing up for the Grand Finale

Do not miss to watch Josco Indian Voice Grand Finale live on 13th October 2012 to be telecast on Mazhavil Manorama channel and those online streaming channels. As the 6 finalists are gearing up to enthrall the audience who is eagerly waiting to get the show being. It would be Bibin, Priya, Siyad, Selin, Vishnu and Sreeranjini who would join the party for the mega show. Read more to know about Josco Indian Voice grand finale.