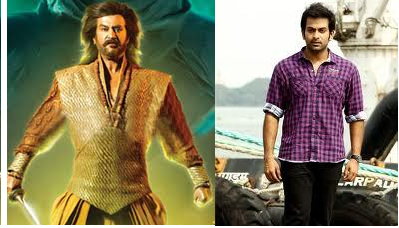 Kochadaiyaan, the upcoming Tamil movie is directing by Soundarya Rajanikanth. This is Soundarya's debut film. The screenplay and dialogues are by K. S. Ravikumar. Kochadaiyaan will be a 3D technology movie and expected to create a new trend in Indian cinema. The big budget movie is produced by Sunil Lulla under the banner of Eros Entertainment. The cast of the movie includes super star Rajanikanth, Malayalam actor Prithviraj and Sneha. Another heroine will be also in this movie. The rumors tell that it will be Asin or Anushka Shetty.
The genre of the movie Kochadaiyaan is action thriller. This will be the first 3D movie in Indian film history using performance capturing technology. The film is going to start shooting on January 2012 and expected to release in August 2012. Another attraction of the movie is that the music will be composed by A. R. Rahman. Also rumors tell that beauty queen Aishwarya Rai will appear in a cameo role in Kochadaiyaan. If it is true then Kochadaiyaan will be the first film which Aishwarya Rai acts after became a mother.
Anways it is sure that Kochadaiyaan will be a huge project of 2012 with attractive casting and 3D visuals. Rajani's another movie 'Rana' will be soon after the shoot of Kochadaiyaan.