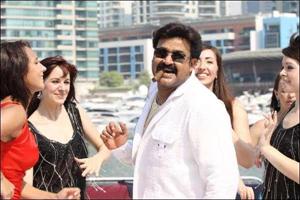 The big budget Malayalam movie Casanovva released on theaters on republic day. This movie is a complete entertainer Mohanlal movie. The film is directed by Rosshan Andrews,whose debut film was Udhayannau Tharam. The film is the co-production of Dr. C.J. Roy and Aantony Perumbavoor. They were spent about Rs.18 crore for the production of this big budget movie Casanovva. The story of the movie is written by Bobby Sanjay. The movie is based on the life style of a multimillionaire named Casnanovva,in which the south Indian superstar actor Mohanlal plays the role of Casanovva. Evergreen comedy actor Jagathy Sreekumar plays the role of Lucka. Others on the lead role are Shriya Saran, Lakshmi Rai, Sanjana, Jagathy Sreekumar, Lalu Alex and Shankar. The music of the movie is handled by Gopi Sundar, Alphons Joseph and Gowri Lakshmi. After a long time we can expect big hit from Malayalam film industry through Casanovva. The film is a complete romantic action thriller. Photography of the film is handled by Jim Ganesh and editing by Mahesh Narayanan. The film Casanovva is distributing to the multiplexes by Maxlab Entertainments. 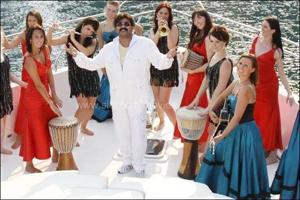 The Malayalam movie Casanovva is based on the story of Casanovva(Mohanlal). He is a funny boy and interested in mingling with girls. He is the owner of an international chain of flower business. He has lot of female followers including his female staff and girlfriends and they are willing to do anything for him. According to his ethics 'love can cure crime'. In his sweet life he is trapped by four young criminals, they are expecting to make money using him; it is the wondering twist of this movie. The character of the Mohanlal named Casanovva is a most romantic person, as per the vast experience of Mohanlal, he can handle this role easily. He is best suit for this role and we can expect a great entertainer movie through Casanovva. Most of the shots of this movie are located in Dubai which will give a wonderful photographic experience on the screen to the audience. One of the special features of this movie is that five heroines are playing lead roles.

The locations selected for the film were Dubai, Bangkok and Bangalore. Some locations from Cape Town, South Africa were used for shots of songs. The lyrics and music are handled by Gireesh Puthenchery, Vayalar Sarath Chandra Varma, Jelujay, Gowri Lakshmi, Rosshan and Sanjay. The background music of the film has been composed by Gopi Sundar. For more than few months we were waiting for this movie, due to some technical problems it was delayed. But now we can enjoy thar on 26th January the big budget Malayalam movie Casanovva will release worldwide in 400 theaters including Bangalore, Chennai, Hyderabad and Mumbai. In Kerala it will be release in 200 theaters on 26th January Republic day.

Read the exclusive report on Mohanlal accident news. He met an accident in Bangkok during the shooting of his upcoming movie Casanova. The actor survived the accident with minor injuries. Get the detailed report on this incident.