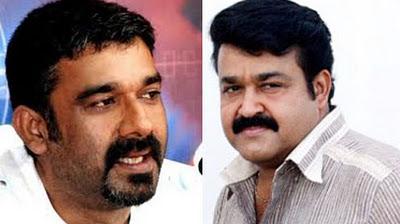 After a long wait of the Malayalam movie fans, wizardry director Ranjith and Acting legend Mohanlal is uniting. They last worked in the 2007 film Rock N Roll, which was panned by both critics and audience. Soon rumours started to hover around that Mohanlal and Ranjith were not on good terms. Anyway, Spirit has come to help break the ice between them. The news was recieved by the movie lovers with great excitement.

Mohanlal has been having a off-colour show with the movies recent times. Apart from Blessy's Pranayam, he did not have a much succesful venture last year. Whereas, Ranjith has been riding high with his crafts. His films Palerimanikyam, Pranchiyettan and the Saint and Indian Rupee were successful at boxoffice and recieved high accolades.

Spirit won't present Mohanlal in a superhero mode. The movie will be entirely different from those were born out of the Lal-Ranjith duo.

In the movie, Mohanlal is playing the role of an egoistic named Reghunadhan. He hates to befriend the people in the lower echelon of the society. Kaniha plays the female lead and the film. The movie comes with an ensemble cast including Madhu, Thilakan, Kalpana, Lena and others. Noted scenerist Shankar Ramakrishnan makes his acting debut in this film as well. The cinematography is handled by Venu. Shahabaz Aman compose the music for the lines penned by Rafique Ahmed.

The film is produced by Antony Perumbavoor under the banner of Aashirwad Cinemas. The movie is expected to hit the theatres in mid 2012.

Superstar Mohanlal as Casannova - The Prince of Love

Superstar Mohanlal is coming as Casannova. The big budget movie is directed by Rosshan Andrrews. Casannova is scripted by Boby-Sanjay duo. Read the story, cast, crew and other news about the film in the article.

Mohanlal - The versatile actor and iconic hero of malayalam

Read about Mohanlal,the versatile actor and iconic hero of malayalam. Mohanlal is the most popular actor in south India. More than an actor he is also film producer, distributor ad entrepreneur. Here is including profile, biography and upcoming movies of Mohanlal.

Casanovva 'most expected malayalam movie in 2012' release on 26th January

Mohanlal to be hero in Shankar's first Malayalam film

Malayalam Superstar Mohanlal will be joining hands with the Tamil super director Shankar in a Malayalam movie what would be Shankar's first Malayalam project. The movie is also reported to feature Katrina Kaif and Jackie Chan. Read more details below.

The story, cast, crew and release date of upcoming Malayalam movie Grandmaster is added here. Grandmaster is directed by B Unnikrishnan and stars Superstar Mohanlal and Priyamani in lead roles. The movie tells a police story. Read more details below.