Manikandan Pattambi who became famous for his character Sathyasheelan in the social satire 'Marimayam' is all set to don the lead role in 'Ellam Chettante Ishtam Pole' scripted by Ambadi Haneefa. Helmed by Haridas, the movie will be creamed with humour at its best to keep the moviegoers energetic. 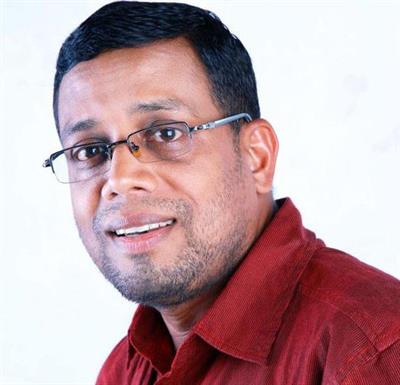 Charulatha who has given life to various characters in malayalam is making a comeback with an important role in 'Ellam Chettante Ishtam Pole'. Charulatha is currently busy with a handful of projects in kitty. She plays an extreme family lady opposite to Manikandan Pattambi. For the lyrics of Engandoor Chadran Shekaran, the music is being handled by Yunaseo. The camera would be safe in the hands of Vipin Mohan.

Manikandan Pattambi is known for his versatility being a talented person with skills in acting and scriptwriting. Even though, he had done some promising characters in various movies, 'Marimayam' gave him the right platform to polish his performance. His upcoming projects include Amma Thottil and Odum Raja Adum Rani. Manikandan's natural way of acting has got well appreciation from the spectators.

Other than focusing on typical roles, Manikandan loved to give life to interesting characters which he enjoyed at its best. Much is expected from the young actor whose talents are yet to be utilized. He is doing a full length role in 'Odum Raja Aadum Rani' directed by debutante Viju Varma.

Manikandan plays Thamburua Karagattom dancer with feminine side hidden in him. Made with a limited budget, 'Ellam Chettante Ishtam Pole' will be packed with elements of humour and suspense. After the final cut, the movie would reach theatres soon.