Sreenivasan who is best known as an actor, filmmaker and scenarist has delivered a handful of social satires. After a short period, he is gearing up to entertain the audience with yet another socially relevant theme. After the hugely acclaimed movie 'Chinthavishtayaya Shyamala', Sangeetha would yet again play a prominent role in the upcoming movie directed by debutante Shibu Balan. 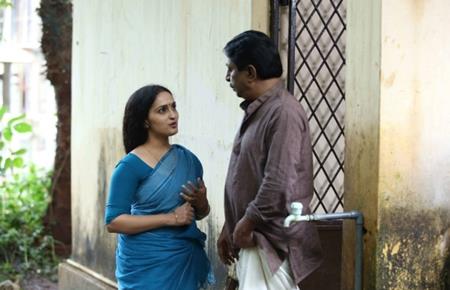 Titled 'Nagaravaridhi Naduvil Njan', the movie is scripted by Sreenivasan himself for the story of the director. Shibu, who has worked behind the camera as an associate of Sathyan Anthikkad dreams to deliver an innovative thought with his directorial debut. The movie will be a social satire with waste management as the main theme. It focuses on the obstinate issue of urban waste accumulation and disposal.

Nagaravaridhi Naduvil Njan addresses a slew of issues that disrupt the life of an ordinary citizen. Venu (Sreenivasan) and Sunitha (Sangeetha) a middle class couple who live in a small flat in Thrissur. Venu, a gulf retired is a jobless person who plans to sell his five cent property to pay the capitation fee for the higher studies of his daughter. Giving much disappointment to him, Venu finds loads of waste heaped in his property which makes it hard for him to sell the land.

As he could not pay the fee on date, things become worse. The storyline has been inspired from the real life situation of the filmmaker. The movie zooms into the life of a middle class family and also how they tackle unexpected obstacles. As waste management is one of a social issue, the movie also discusses relevant topics including the inability of government to rehabilitate the gulf returnees. It also tells about the pitiable condition of economically backward students studying in self-financing colleges. 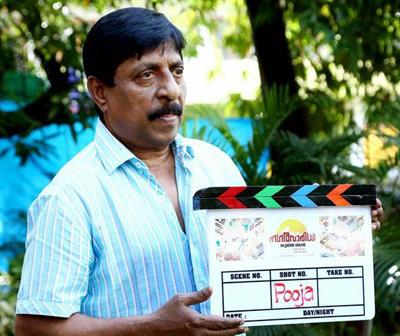 Strictly narrated with a touch of humour, the movie also falls to the genre of movies like Sandesham. As there are no villains or stunts, 'Nagaravaridhi Naduvil Njan' is the narration of a natural incident that happens in the life of everyone. Innocent, Lal, Manoj K Jayan and Bheeman Raghu would give life to other prominent characters in the movie.

As the story is based on a genuine social issue, the team behind the movie decided not to include a song in it. The shooting of 'Nagaravaridhi Naduvil Njan' is completed shot at the outskirts of Thrissur. Chinthavishtayaya Shyamala which was released in 1998 is considered to a classic movie which is still liked by film buffs. Actress Sangita won the Kerala State Award for Best Actress for her role as Shyamala. After the final cut, 'Nagaravaridhi Naduvil Njan' would reach theatres in November 2014.