Natassha Dosshi who has already made her presence in the malayalm film industry with a couple of projects is gearing up to don the lead role in Shaan Kecheri's directorial debut 'Heroine'. The movie which tells the tale of an actress would be creamed with humour and elements of suspense to keep the spectators intact. 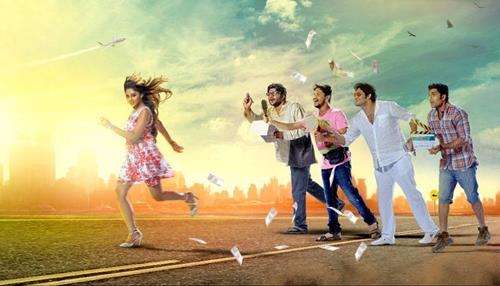 Bijukuttan, Indran, Dharmajan Bolgatty, Kalinga Sasi, Lishoy, Shejiin, Neena Kurup, new faces Thomas, Stallin and Amin would give life to other prominent characters in the movie. 'Heroine' is being produced by Karthik P M under the banner Aim Alert Productions. The movie spans into the life of an actress who rose to popularity and some incidents which happens later in her life.

Natassha plays Sherin, a young woman coming from a muslim background who entered the world of glamour while studying in standard 10. The life of the Sherin between the age of 15 – 30 years is being portrayed by Nataasha. Shaan Kecheri, much known as a channel programme director is venturing into the industry with his debutant project. Meanwhile anchor turned actress Ranjini Haridas will croon a number for the tunes set by former star singer contestant Balagopal.

Earlier Ranjini lend her voice for the movie `Thirakatha' and also in an album of Vithu Prathap. With an experience of learning carnatic music for five years, Ranjini is confident of doing justice to her job. 'Heroine' marks her first assignment as an individual singer too. Natassha Dosshi had played characters roles in 'Teens', 'Hide N' Seek' and 'Manthrikan'. He later projects like 'Call Me @' and 'Study Tour Batch 162' are still waiting for release.

Natassha who is pursuing her third degree dentistry couldn't take many offers as she gave prime importance to studies. As Natassha was waiting for the right moment to take up roles which would work for her advantage, she gave green signal for 'Heroine'. More than a female oriented movie, it had an interesting and challenging character. It would also help Natassha to showcase her mettle and acting skill on screen.