K.N. Sasidharan's upcoming movie 'Nayana' which tells the real bond between a septuagenarian and a young girl is gearing up for release. Being a state award winning filmmaker, After receiving rave reviews for his previous ventures like 'Akkare' and 'KaanathayaPenkutty' with Nayana, a family drama which tells the story of realistic bondage between a retired IAS officer and a young girl. 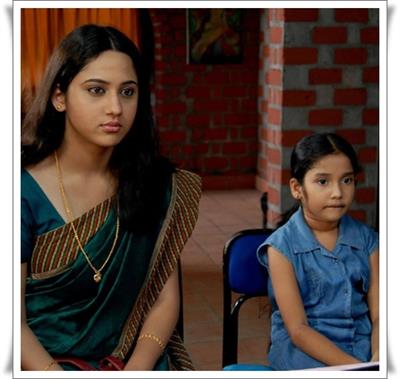 Kamal Swaroop, a retired IAS officer from Jammu & Kashmir put himself under mourning after the unfortunate death of his wife and son. Kamal was a tough officer till his family met with an accident which gave a real shock to his life. The man suffering from ophthalmic disorders reaches a hospital in Kerala where he happens to meets a girl named Nayana.

The abstemious man could find the real side of his humane character after interacting with the girl for few days. The time he spends with her, totally changed his personality. Nayana, being a child with a creative bend of mind had interest in drawing and painting. But she found it hard to continue the art due to her poor eye sight. As the parents had aborted their earlier child, her mother feels atonement for their past deed as she watches the hardship faced by Nayana.

The movie pools into various socially – relevant subjects and also discuses about female foeticide. The Kerala government's double stance in the alcohol policy is also referred in the movie. The overwhelming interest of parents towards television reality shows is also discussed here. Even though Nayana loves to pursue her dreams as an artist, her parents wanted her to develop the talent over dancing as to participate in competitions which could bring more reward and public attention. Set against the backdrops of a hospital, Sasidharan has tried to infuse humourous situations too.

Baby Anika plays Nayana, the title character of the movie while Prakash Bare and Miya will be seen as Nayana's parents. Jagadish, Siddique, Sreeraman, Saju Kodiyan, Mukil, Deepak Warrier, Sethu Arangode, Vimal Kumar, Hanish Khani, Dr.Satyajith Kalpana, Swarna Thomas, Manga Mahesh and Rajani have given life to other prominent characters in the movie. For the lyrics of K.N. Sasidharan, the tunes have been set by Mohan Sitar. K G Jayan stayed behind the frames and captured the beautiful scenes according to the instructions given by the director. The movie was completed with Palaghat, Shornur, Pollachi and Gundelpettu serves as the locations.

'Nayana' is produced by Sasidharan himself under the banner of Sooryarekha, Film & Television Producers. Being an alumnus of the Film and television Institute Pune, Sasidharan has helmed many short films other than the two feature films. 'Nayana' is all set to reach theatres on 17th October 2014.