R J Prasad, the well known filmmaker and cinematographer is back in malayalam after a gap of 14 years. R J Prasad who is making a big return to the industry decided to deliver the screen adaptation of S K Pottakkad's popular novel 'Premashiksha'. The movie titled 'Manikyam' zooms into the some interesting incidents which happen in the life of Kunjumanikyam, a young woman. 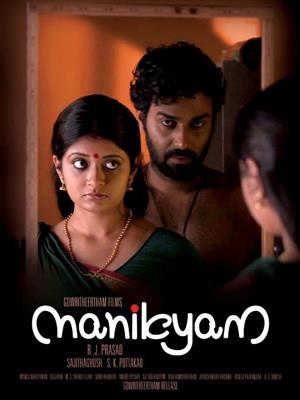 Kunjumanikaym is the daughter of a wealthy landlord who is admired by the people of the village. As her mother died just after her birth, Manikyam was loved and cared by all. She returns to her home after her studies. A young man named Krishnan comes to the village and in short time he becomes the most trusted employ of the landlord, Kunjikannan. Due to some avoidable reasons, Kunjimanikyam was forced to marry Krishnan.

Even though he was not interested in the alliance, he did marry her to satisfy the interest of the ailing landlord. After the death of Kunjikannan, Krishnan became the owner of the land and shop. He never was a true husband to Manikyam. He avoided her and gave prime importance to his trade. During this time, a man named Kumaran with a wish to have work arrives there. As a talented singer, Kumaran won the heart of Kunjimanikyam. But to give life to their dreams, they should have to evade Krishnan.

Kumaran shares a secret to Manikyam about her husband. Later incidents which happen in the life of Kunjimanikaym and rest of others form the crux of the movie. Sri Laya appears as Manikyam, while Sahir Sunil, Ajay Ghosh will be seen as Kumaran and Krishnan respectively. Indrans, Raj Mohan, Ramavarma, Sethu Lakshmi and Sindhu Jacob have also given life to other prominent characters in the movie.

For the story of S K Pottakkad, the screenplay has been developed by the director himself. The camera is being handled by Manoj Narayanan. M S Sheikh Elahi has set the tunes for the lyrics penned by Dileepan. 'Manikyam' is being produced under the banner Gauritheertham'. After the final cut, this classical style movie would reach theatres in November.