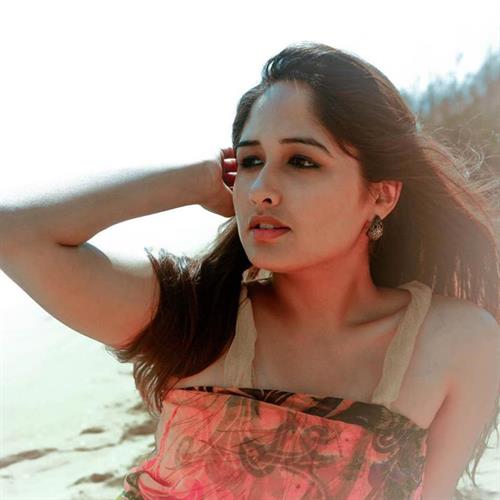 Young actress Haritha Prakod who made an impressive star as lead lady in tamil movie Kurai Ondrum Illai is gearing up to make her mollywood debut in style.

100 Degree Celsius directed by Rakesh Gopan will be the tinsel town debut of Haritha who will be sharing screen space with Shweta Menon, Ananya, Meghana Raj and Bhama.

Passionate towards acting right from her childhood, Haritha a big fan of Mohanlal wish to create a space in the malayalam film industry. The young actress would don the role of a Christian housewife from a rich family who gets into dilemma.

Haritha's character in the movie is supposed to get the help of four people who stays close and would lend support in getting her get out of the mess.

The script of the movie did attract Haritha who was ready to play the role. Even being the only newcomer, Haritha did have a good time during the shooting who was well supported by the other lead ladies.

The days spend in the location was really a learning experience for the actress who is looking forward for the next schedule of the movie.

With a young cast of Geethan Britto, Satya, Hitler and Krishna, the movie told the tale of a young man who wished to bring about a business revolution.

The interest to bridge the gap between rural and urban parts of india made Krishna to travel throughout the country. During his journey Krishna meets doctor Sandhya while in a village medical camp. The relationship between Krishna and Sandhya later takes a different shape later.

100 Degree Celsius is based on a real-life incident which revolves around the lives of five women - a housewife, banker, IT professional, TV reporter and a college student. With all the characters living a flat, an incident which happens there turns their life upside down.

Touted as a thriller, this movie would focus on various issues including black mailing which is being faced by women in the present society. The movie has already made news for being the first malayalam movie having two-parts.