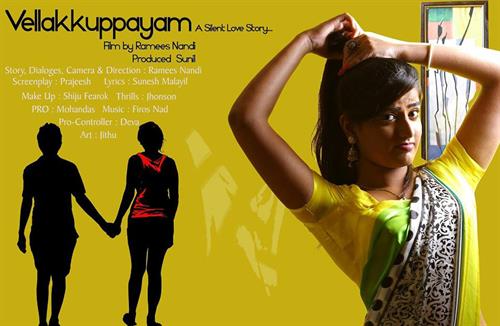 Koyilandy is a well respective city in North Malabar which is famous for well renounced personalities and for its historical importance. Much interestingly, it would be dream come true for young film passionate Ramees Nandi from Koyilandy who had been foreseeing his bright days.

The young and cheerful Ramees who looks for innovation and tries the same is currently busy with very first project. Titled 'Vellakkuppayam', the movie is a celebration of youth which tells a triangular love story set in the backdrops of Kozhikode.

Much interestingly, the movie will zoom the natural beauty of Malabar and also the language of the region. With two heroes and three heroines, the movie would be a romantic entertainer with elements of thrills and fun.

Ramees who has an experience working behind the camera for a couple of short films and TV ads, is looking to create his own space in the industry with 'Vellakuppayam'. He has learned direction and cinematography from Bhopal film institute which would give an extra edge for him. Other than direction, Ramees Nandi will be handling the script and even the camera too. The screenplay of the movie is safe in the hands of Prajeesh.

Nivas Babu would play the hero while bollywood beauty Madhura Munjal, and Kannada actress Keerthana Poduval would be the lead heroines. The movie is being produced by Sunil under the banner of Nath Movie Entertainer.

Salim Kumar and Neena Kurup will also be seen in prominent roles. The background score and music is handled by Firos Nad. With Kozhikode and Wyanad being the locations, the movie will start rolling from the first week of May 2014.

Ramees too can be considered to be one among the fresh blood who wishes to create his own space in the malayalam film industry. Let the movie 'Vellakuppayam' be the stepping stone for the young film maker to find his own space in the world of Cinema. So watch out for this youngster who has the caliber to create magic on screen.