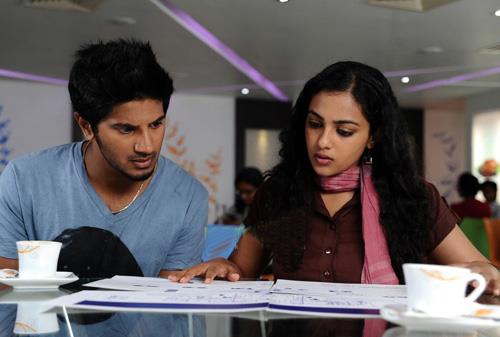 Januse Muhammed, the son of ace film maker Kamal is all set to make his directorial debut. After working behind the camera as assistant director for movies like 22 Female Kottayam and Ayaalum Njaanum Thammil, Januse is gearing up to helm his first project which feature Dulquer Salmaan and Nithya Menon in the lead.

Titled '100 Days of Love', the movie set in the backdrops of Bengaluru, revolves around the life of a budding feature writer in a prominent national news paper. Dulquer plays the role of a journalist who keeps his heart to become a cartoonist. '100 Days of Love' is a rom-com entertainer which would be shot exclusively in Bangaluru.

The director of the movie said that Dulquer will be seen in a very different look in '100 Days of Love'. The movie would go on floor from 15th June and is expected to reach theatres during Onam. '100 Days of Love' is being produced by V. Vijayakumar Palakkunnnu under the banner of Aishwarya Sneha Movies. The young romantic hero Dulquer Salmaan will be seen in a different look which would really entertain the movie lovers. Creamed with all essence to entertain the viewers, this romantic comedy movie would be a visual treat.

Meanwhile Dulquer Salmaan's most anticipated movie 'Bangalore Days' would reach theatres on 9th May 2014. Helmed by debutante Anjali Menon is highly packed with a young cast which include Fahad Fazil, Nivin Pauly, Nazriya Nazim, Parvathi Menon and Isha Talwar. With a budget of 7 Crores, the movie is produced by Anwar Rasheed under the banner Anwar Rasheed Entertainment. 'Banglore Days' revolves around the life of three youngsters, who crossover from Kerala to Bangalore, carrying high dreams to explore the unidentified.

Dulquar who has already completed the shooting of 'Njan' directed by Ranjith is currently busy with the works of 'Vikramadithyan'. Dulquer Salman and Nithya Menen have already established a place in the hearts of audience for their acting brilliance in Anwar Rasheed's 'Ustad Hotel'. The onscreen chemistry of the actors which worked well in the movie is too expected in this forthcoming movie too.