Suraj Venjaramoodu who has shown is mettle on screen playing character role is on cloud nine after winning the national award for the best actor. He would be playing yet another challenging role in Subil Surendran's Ente 'Sathyanweshana Pareekshakal'. The story of the movie revolves around Ayya Pillai, the most popular court assistant in Kerala. 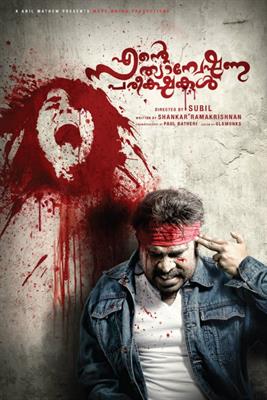 Years back, a 9 year old boy migrated to Thiruvanathapuram in search of job. There he earned his living polishing the shoes of strangers. Seeing his pathetic life, an unknown person came forward and lends his support. After years, he turns to be Ayya Pillai, the senior most clerk in the court. Even at the midst of his later life, 71 year old Ayya Pillai is ready for any compromise behind the screen. Suraj Venjaaramoodu gives life to Ayya Pillai which truly opens ways to expose his acting ability.

Actor Rehman who had been in the industry for the last 31 years, would enact the role of a lawyer, first in his acting career. Singer M G Sreekumar would also be seen in prominent role. He would be seen Kalyana Sundaran, as a devoted minstrel. Even though, he is a good singer, as he not able to rise to a desired position. Due to his frustrated mind, Kalyana Sundaran does not give much regard to others.

After directing 'Veeralipattu', Race', Kukku Surendran who changed his name to Subil Surendran is helming the project which would a in and out comedy entertainer. Mythili will also be seen in a prominent role. The camera is helmed by Paul Batheri. Scripted by Shankar Ramakrishnan, 'Ente Sathyanweshana Pareekshakal' is being produced by Anil Mathews under the banner of Mary Matha productions.

Due to financial crisis, the shooting of the movie was wrapped up after th first schedule. But with the tremendous support of producer Anil Mathew and executive producers Madu Thrippathoor and Aji Thrippathoor, the movie went to the next schedule. Much interestingly, during the 7th day of the shooting, the announcement regarding the National Award for Suraj Venjaramoodu came out which gave much popularity to the movie.

National and regional reporters rushed to the location to take interview of Suraj which in turn generated maximum media hype. As the makers are trying to make use of the acting skill of the National Award winner, the movie could be able to pull movie goers into the theatres.