After being credited with a number of stage productions in his name, G. Ajayan is gearing up to get his first feature film released. Beginning his journey in theatres with Bharatendu Harischandra's 'Andheri Nagari Chopat Raja', Ajayan went on adapting Herman Hesse's 'Siddhartha,' Mahasweta Devi's 'Aranyathinte Adhikaram' and M. Mukudan's 'Oru Dalit Yuvathiyude Kadanakatha' as stage productions. 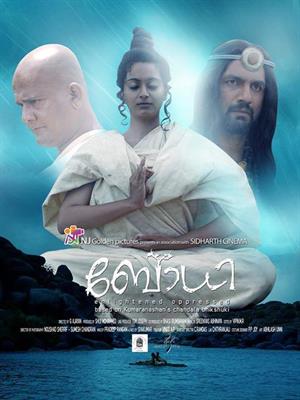 Ajayan who hasn't much to boost of himself with a real godfather to uplift his career, found his own way of making a movie which he has already experimented innovative methods in theatres. Titled 'Bodhi', the movie is based on a historical story that laments primitive social ills such as untouchability and casteism. Being the first Malayalam movie which deals with a Dalit historical story, the dialogues are written in tribal language Paniya and Sanskrit to keep the ambience of a period film. It delivers the life and times of Matangi, a Chandala woman who is believed to have lived in India during the period of Buddha.

Artistically influenced by Kim Ki Duc's classic film 'Spring, Summer, Fall, Winter… and Spring, 'Bodhi' would be a visual treat for the movie goers. Being one of the most economically made malayalam films in recent times, 'Bodhi', is a period film while its thread has strong elements of Buddhism. The theme is inspired from a chapter titled 'Buddhism and Caste' written by Prof. Lakshmi Narasu's book 'The Essence of Buddhism', Kumaranasan's 'Chandalabhikshuki' and Rabindranath Tagore's drama 'Chadalika'.

Pooja Vijayan will be seen in the lead role well supported by Babu, Gopakumar and Ramesh Varma, Tom George and a host of theatre activists. Sijil Muhammed had produced the movie under the banner of N J Golden Pictures. Shot at extensively in exotic locales like Waynad, Hampi in Karnataka Hampi, Ponnambalamedu, Parunthum Para and Attapadi, the movie would be a visual treat for the viewers. Naudhad Sharif has stayed behind the camera. As prime importance is given to music, the department is well handled by Sreenivas Abhinaya.