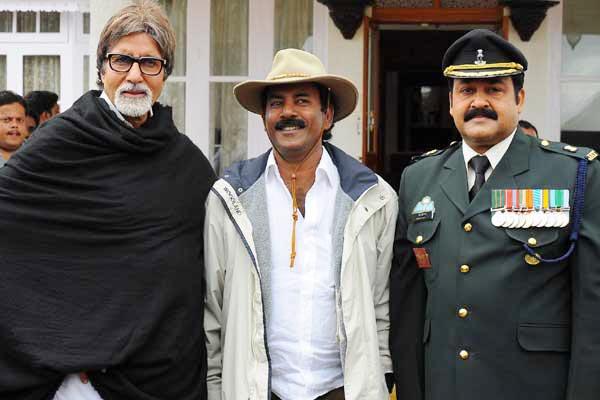 Kandahar movie starring Lieutenant Colonel Mohanlal and Padmashri Amitab Bachan is going to release in 16th December 2010. This is the one and only movie till date, the two legends of Indian cinema is acting together on the big screen. The movie is a continuation of Major Mahadevan series preceding the movie Kurukshethra where Padmashri Mohanlal casting as Major Mahadevan. The film is written and directed by Major Ravi and the theme is related to the hijacking incident of Indian Airlines Flight 814.The film is produced by Sunil C Nair and Mohanlal himself under Pranavam Arts International. The sound mixing is once again by the great Rasool Pookkuutty.

Amitab Bachan is starring as Lokanathan Sharma in this film and it is the first time he is acting along with Mohanlal. The famous South Indian actress namely Sumalatha is also doing a leading role in this film. Ganesh Venkataraman is casting as Suryanathan Sharma as a supporting role for Major Mahadevan. The Miss India of 2008, Parvathy Omanakuttan is doing an important character in the film. Ananya, Lal, KPSC Laitha, Anoop Chandran etc are some other main artists in this movie.

The music direction of Kandahar belongs to Shamir Tandon who was a new talented face in Indian Cinema history. The movie has almost seven songs sung by the popular singers like M G Sreekumar, Sonu Nigam, Kailash Kher, Sunidhi Chauhan. The songs are both in Hindi and Malayalam. The lyric of the Malyalam song is developed by Vayalar Sarath Chandra Verma. The shooting locations of Kandahar were mainly in Ooty and New Delhi and some scenes from Russia. The movie is going to distribute through Maaxlab under Aashirvad release and is expected to arrive on the Indian theaters on 16th of this December.